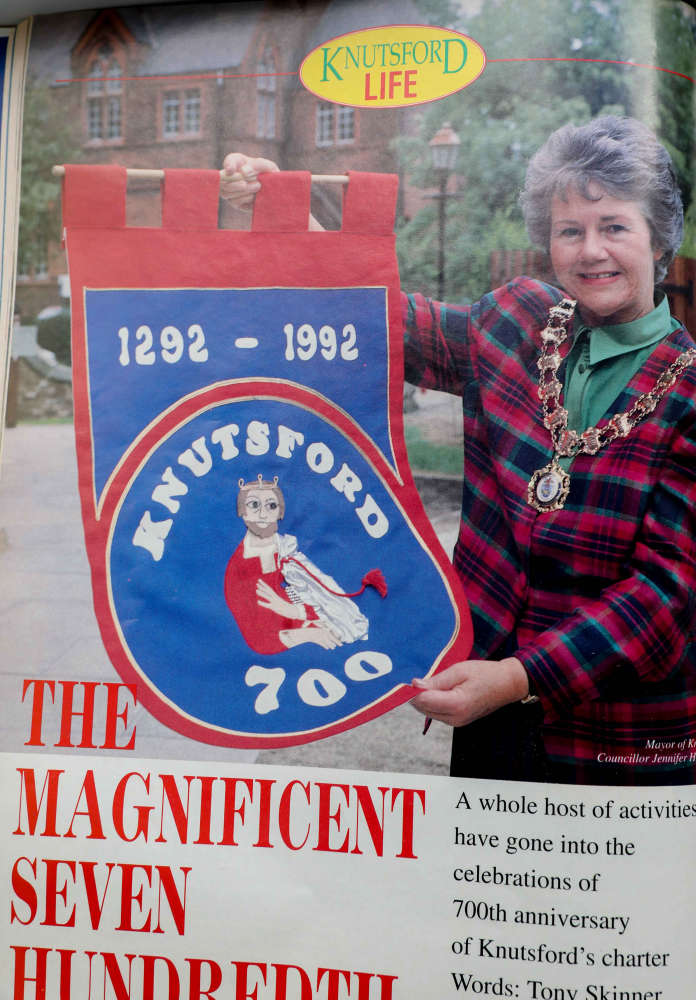 An award-winning artist from Shropshire whose sister’s dementia battle has left her heartbroken is hosting a fundraising exhibition in aid of a research charity.

Jenny Holbrook, a former Mayor of Knutsford, was diagnosed with dementia 10 years ago at the age of 80 and has been living at Pendine Park’s Hillbury Care Home in Wrexham since March following her rapid decline in lockdown.

Her sister, talented fine art painter Angela Scott, has been left devastated by the deterioration of her through the disease and is now hosting a special studio exhibition at her home in aid of Alzheimer’s Research.

Until being struck down by dementia Jenny lived a full life and is a former England Reserves Lacrosse player, Cheshire County tennis player and four times Mayor of Knutsford,

Sister Angela, 78, who lives in Sodylt Home Farm, Ellesmere, Shropshire, will be joined by leading ceramist Caroline Pearce for the fundraising event, which takes on November 13 and 14.

Both artists will be selling their works with all funds raised being divided between the two causes.

“The exhibition is very personal to me. It has been a long and slow road as Jenny was diagnosed many years ago,” she said.

“When you see your lovely and intelligent sister, who has done so much in her life and for the local community, start to decline it’s so tragic.

“It has been very quiet for artists during Covid as we’ve not been able to exhibit so I thought to myself why not host an exhibition to help someone?”

Angela will also be making a donation to Hillbury to cover the cost of a concert that can be enjoyed by all the residents together.

Sarah Edwards, Pendine Park’s Artist in Residence, said: “We are thrilled and delighted Angela wants to do this for us – it’s a really lovely gesture.

“We are particularly pleased some of the proceeds will be used towards a concert for all the residents to enjoy .

“Angela’s work is vibrant, bright and uplifting and I’m sure will generate  much  interest.

“Many of our residents, including those  with dementia benefit enormously from  our art classes. They find them calming and relaxing.

“The classes are a wonderful way for our residents  to have the freedom to express themselves creatively and feel inspired to do so   in a supportive, encouraging environment

“Art not only  enriches our residents  lives and gives them a creative outlet, it also has a positive  impact on quality of life and wellbeing,

“Our art classes are  about having  fun too, splashing paint around  and enjoying some social interaction with friends!

“Angela’s kind gesture  also  recognises  the compassion and care  the brilliant team at Hillbury give to our residents. It’s lovely  that a family member would want to do something  like this which will not only lift the spirits of our residents but also of our staff too.”

Angela, who has two sons and four grandchildren aged between 17 and 11, grew up in Altrincham and studied Fine Art and Pottery at Manchester College of Art and Design, graduating in 1964.

After graduating, Angela became a studio potter in Llangollen before teaching part-time at Wrexham College and then bringing up her family. It was after she was asked by neighbour to illustrate a poetry book she considered returning to painting.

Her work reflects the beauty of nature and includes seascapes, landscapes and sunsets, mostly inspired from local beauty spots in Wales.

Angela large watercolour paintings have been exhibited extensively throughout the UK including at the RWS Bankside Gallery in London and the Air Gallery Dover Street, London, as well as winning numerous prizes.

“I decided I wanted to concentrate on watercolours in the main. It fascinated me to see the washes and depth of colour you could get by applying different colours,” said Angela, who is a member of Borderland Visual Arts Group based in Oswestry Shropshire.

The painter comes from a talented and artistic family.

Her late sister Elizabeth Holbrook, who was married to the famous British sculptor, painter and poet, William Redgrave, travelled all over the world as a violist and her daughter, Rose, also played the viola and travelled extensively is teaches as a professor at the Royal Birmingham Conservatoire.

Ninety-year-old Jenny, meanwhile, who never married, wrote a book on the Art of Movement and Dance based on the Laban movement and taught all her life, firstly in Wythenshawe in Manchester then in Canada and finally at West Sussex College.

“Some years ago she made a huge embroidery of all the houses in Knutsford – It’s absolutely massive and amazing,” said Angela.

“She enlisted the help of so many people and put the tapestry together. It’s now in the Knutsford Heritage Centre. She has done so much with her life.

“It was after the lockdown last winter I realised she could no longer live alone. I had already put care in place and meals were being delivered but she was going downhill and Covid didn’t help as she didn’t have any understanding of it.

“If it had not been for her wonderful neighbour, she would’ve probably moved to Hillbury sooner.

“Now, she is happy in herself and that gives me great peace of mind. To begin with, I would leave my visits in floods of tears but I knew she was safe and being looked after well. She has settled really well and they are caring for her so wonderfully.

“We really need to find a cure for this disease and do what we can to help.”

A private view will take place on Friday, November 12, before the exhibition opens to the public on Saturday and Sunday, November 13 and 14, between 10am and 5pm.

Picture from Cheshire Life, when Jenny was Mayor of Knutsford.