Green Flags to fly over 11 of the borough’s award-winning parks, nature reserves and open spaces 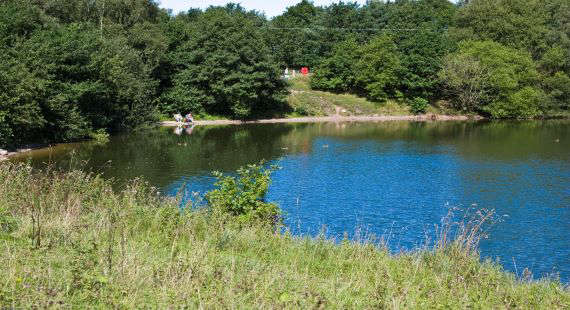 Green Flags will fly over no fewer than 11 of the borough’s parks, nature reserves and green spaces this summer.

The awards are made each year by Keep Britain Tidy, under licence from the Department for Levelling Up, Housing and Communities (DLHC). The Green Flag Award is an international quality ‘kitemark’ for parks, green spaces, and beaches and is a benchmark standard for the management of green spaces in the UK and around the world.

Green Flags have been awarded to:

Tatton Park, Congleton Park and Queens Park receive both a Green Flag Award and a Green Heritage Site accreditation. This accreditation is supported by Historic England for the management of a park’s particular historic features.

Councillor Mick Warren, chair of Cheshire East Council’s environment and communities committee, said: “To fly the Green Flag at no fewer than 11 of our splendid parks, open spaces and nature reserves, is a remarkable achievement and I congratulate our teams from Tatton Park, Ansa and our countryside rangers service on the hard work they have carried out on behalf of our residents.

“In Cheshire East we are proud of the abundance of green open spaces that we have, including those under the council’s ownership and management, and Keep Britain Tidy has recognised the council’s commitment to maintaining those places to the highest possible standard. The council is committed to continue to value and invest in our green spaces through our parks development fund and ongoing grant-funded investment programme.

“This achievement would not be possible without the hard work of our ‘Friends’ groups and volunteers who support us by creating paths, building and repairing fencing, habitat creation, gardening and running fundraising events.”

Councillor Nick Mannion, chair of the council’s economy and growth committee, said: “This is fantastic news. Our splendid parks and open spaces are one reason families like to live in Cheshire East.

“We are a green borough, committed to sustainability with a firm pledge to become a carbon neutral authority by 2025.To have green flags flying over so many of our parks and open spaces is recognition of just one part of the work that we are doing on this journey.”

Keep Britain Tidy’s accreditation manager, Paul Todd, said: “I would like to congratulate everyone involved in achieving their Green Flag Award. These are vital green spaces for our communities and the awards are testament to all the hard work of staff, and volunteers, who do so much to ensure that the high standards demanded by the Green Flag Award scheme are maintained.”

The council is particularly proud of the recognition given to the Macclesfield Riverside Park local nature reserve, in the Bollin Valley, where former farmland has been transformed into wildflower-rich grassland. From spring through to autumn, the Bollin Valley’s rare breed of Longhorn cattle graze there.