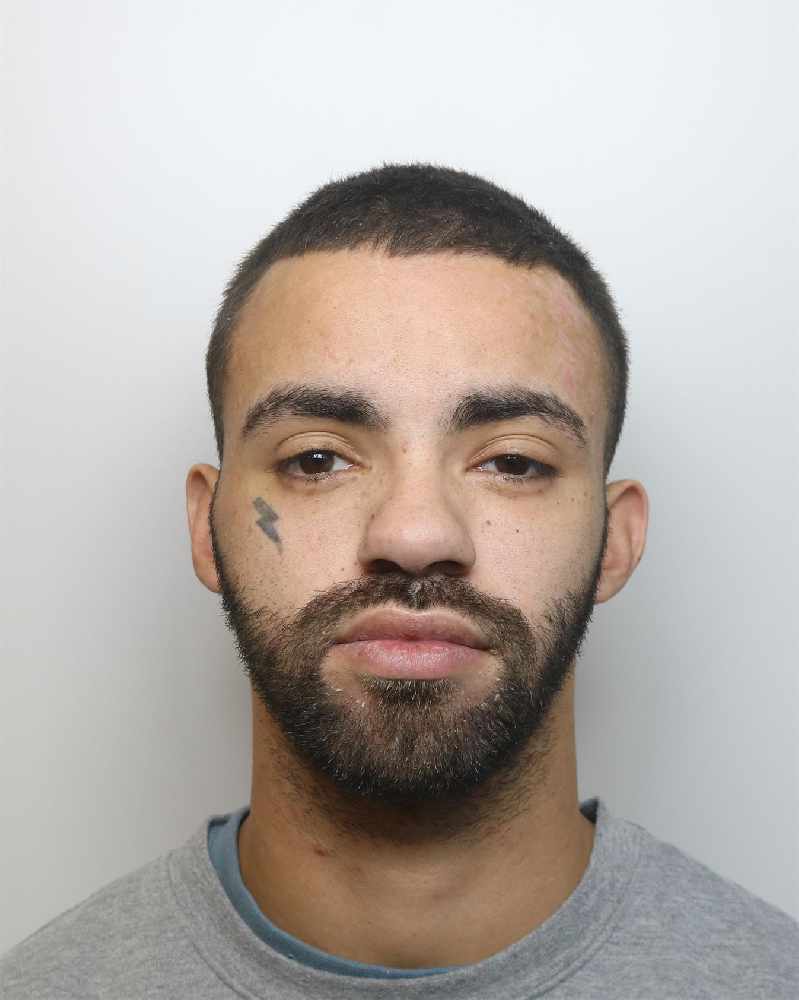 A 27-year-old man has been jailed for 15 years, and given an extended five years on licence, after kidnapping and raping an underage girl.

Gerome Kendall, of HMP Altcourse, convinced the teenage victim to get into a car on the morning of Saturday 4 July 2020.

He then drove it to a country road between Marton and Monks Heath in the Macclesfield area and raped the victim twice.

Before doing so he threatened the victim and made her put her mobile phone on ghost mode and delete her social media accounts so that no-one could contact her.

He also told the victim that she was his girlfriend and to give a different name and claim to be 18 if anyone asks her age.

Kendall then crashed the car into a bush in Wythenshaw, which led to the victim being returned to her family by someone Kendall sought help from.

He then drove back to Macclesfield, where he was living at the time, in the crashed car.

The police were waiting for him when he arrived home at around 11pm on Saturday 4 July.

Officers blocked the road to prevent Kendall from escaping.

He tried to flee, crashing into an unmarked police car and another vehicle, before being arrested, breathalysed and taken into custody.

Kendall had been drinking alcohol on the day of his crime spree and was found to be nearly two times over the limit.

He was subsequently charged with two counts of raping a girl aged between 13 and 15, two count of sexually assaulting her and one count of kidnap.

Kendall was also charged with dangerous driving, drink driving and driving without a licence and insurance.

He admitted the driving offences but pleaded not guilty to the kidnap and sexual offences.

Kendall was found guilty of those offences at Chester Crown Court on Thursday 15 April, following a four-day trial.

He returned to the court to be sentenced on Thursday 13 May.

On top of the custodial sentence, Kendall was ordered to sign the sexual offenders’ register for life and to comply with the terms of a sexual harm prevention order.

He will not be eligible for parole for at least 10 years.

Detective Constable Paula Smallman, who led the investigation at Cheshire Constabulary’s Child Protection Unit, said: “When Gerome Kendall convinced the victim to get into a car on the morning of Saturday 4 July, she had no idea that he had a sexual motive.

“He subsequently subjected her to a day of hell, in which she was raped and subjected to other sexual assaults, threatened and ordered to delete her social media accounts, not use her phone, use a different name and pretend to be 18.

“Her family reported her as missing, but we had no way of contacting her as Kendall had made her put her phone on ghost mode.

“Thankfully, someone that Kendall sought help from after crashing the car he was driving brought the victim back to her family on the same day that he abducted her.

“I would like to thank the victim for the bravery she has subsequently shown in disclosing what Kendall subjected her to, both to the police and then during the trial.

“Kendall has shown no consideration for the victim at any stage, refusing to admit kidnapping, raping and sexually assaulting her, and making her give evidence to the court.

“Horrific offences like these affect people in the most profound way, and being dragged through the court process is always a stressful and traumatic experience for the victims, particularly when they are young.

“I hope the fact that Kendall has been convicted of those offences and is facing at least 10 years behind bars gives the victim in this case and her family some closure.

“However, she will never be able to forget about what happened to her and will continue to receive the help and support she needs to move forward with her life.

“I also hope the sentence that Kendall has been handed by Chester Crown Court deters others from committing similar offences.”

“I would like to thank all the officers involved in the investigation for all their hard work in gathering the required level of evident to bring Gerome Kendall to justice.

“Now that he is facing the consequences of his despicable actions in the form of a substantial prison sentence, he can no longer pose a threat to girls.

“I hope that this case and the sentence that Kendall has received encourages other victims of sexual offences to come forward and report them to us.

“Cheshire Constabulary takes any allegation of sexual offences extremely seriously, no matter how long ago they relate to.

“Any allegation will be thoroughly investigated, with the wishes and needs of the victim as our main priority.

“Victims should never feel ashamed to talk about what they have been subjected to. They will receive the help and support they need from our specialist officers, as well as from other support agencies we work alongside, and all victims of sexual offences have the right to anonymity.”

To report any sexual offence call Cheshire Constabulary on 101.