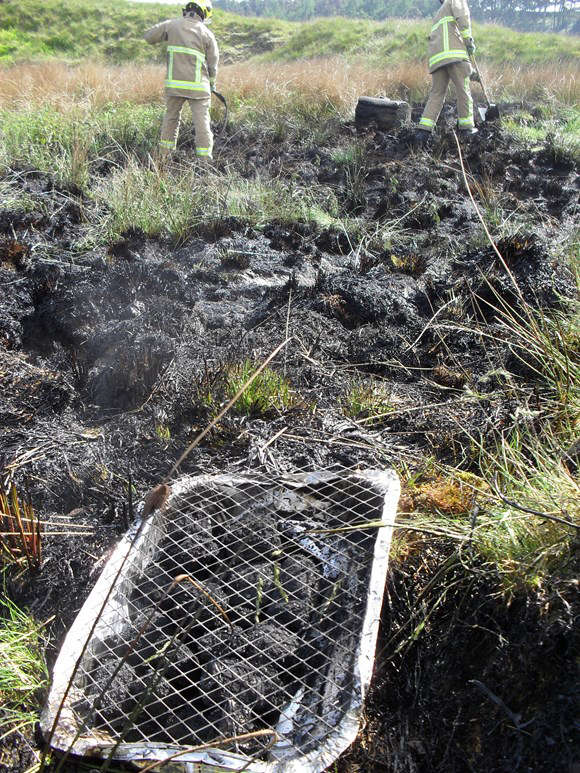 The news that Marks and Spencer has joined Aldi in removing disposable barbecues from shelves in all its stores is welcomed by Cheshire Fire and Rescue Service.

Across the three days of the heatwave in July there was a significant increase in demand for firefighters, with more than 177 incidents attended. The unprecedented heatwave created complex and demanding situations right across the county with several large-scale incidents occurring within a short space of time including a farm fire near Frodsham, a major incident Middlewich and significant weather-related fires at Rixton, Mow Cop and Delamere Forest.

The Service’s Head of Prevention and Protection, Area Manager Lee Shears, said: “While it is uncommon for us to be called out to several large-scale incidents within a short space of time, sadly it isn’t uncommon for us to be called to deal with grass and woodland fires caused by people not taking enough care in the countryside. We have seen an increasing number of these fires being started because the safe use, extinguishing and removal of disposable barbecues is not fully considered.

“The decision to not stock these items by Marks and Spencer and, indeed, Aldi who made their announcement in March, is extremely welcomed not only by us but by other fire and rescue services across the UK.”

Since the beginning of April to end July this year Cheshire firefighters have been called to put out at least 25 fires involving disposable barbecues.