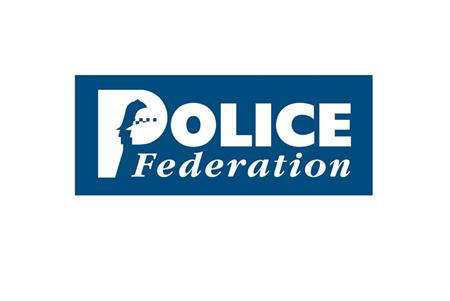 A Cheshire Police officer who bravely uses his own experiences of being sexually abused by a family member as a child to assist colleagues in understanding what victims go through has won the Police Federation of England and Wales’s Annual Inspiration in Policing Award.

Detective Sergeant Mark Naylor has been nationally recognised for his work in helping fellow officers appreciate the stress of revealing the abuse and being interviewed, the torment of court as a victim, and the battle to build relationships as a survivor of abuse.

Det Sgt Naylor was recognised at the annual National Police Bravery Awards for his work talking to investigators across Cheshire, aiming to explore the mindset of a survivor of sexual abuse and to highlight the challenges they face.

He was presented his Award by PFEW Chairman John Apter at a ceremony in London this week.

Det Sgt Naylor’s presentation to colleagues begins with a moving audio testimony, recollecting a boy’s excitement at spending their school holidays in Canada with extended family.

However, sadly, the account turns sour when a family member repeatedly preys on the boy when he’s aged eight, and again at 10.

It describes how suppressing the memory of this abuse takes its toll on the victim; how it affects self-image, confidence, relationships, trust and ultimately leads to a breakdown when a younger sibling is about to be given the same opportunity to visit Canada.

As the presentation comes to an end, Det Sgt Naylor emotionally reveals that the recording was made by a friend of his with a different accent to disguise the fact that the experiences were actually his own.

He then opens up the floor to a no-holds-barred question and answer session about the abuse, the effects on him and how officers can assist victims with empathy and understanding.

All with a view to improving the work and the service police colleagues can provide to the public.

Cheshire Police Federation Chairman Jamie Thompson said: “Mark’s bravery in coming forward will help officers in their dealings with sexual abuse survivors, and I hope it will help those victims themselves.”

He added: “Mark’s powerful, personal story is unforgettable for the officers at those presentations – you can hear a pin drop when he gives them - and it really helps Cheshire Police colleagues see events from a victim’s point of view.

“The sadly true story provides an incredible level of empathy to our colleagues and helps them better protect and serve the public.

“Mark’s is a true inspiration to all of us here in Cheshire and we could not be prouder of him in rightly gaining national recognition by winning this Inspiration in Policing Award.”

The twice-postponed 2020 Police Federation of England and Wales Bravery Awards were held in London on Tuesday 12 October. The Inspiration in Policing Award, which was first given in 2019, recognises officers who battle adversity and demonstrate moral courage to highlight an issue for the benefit of policing.