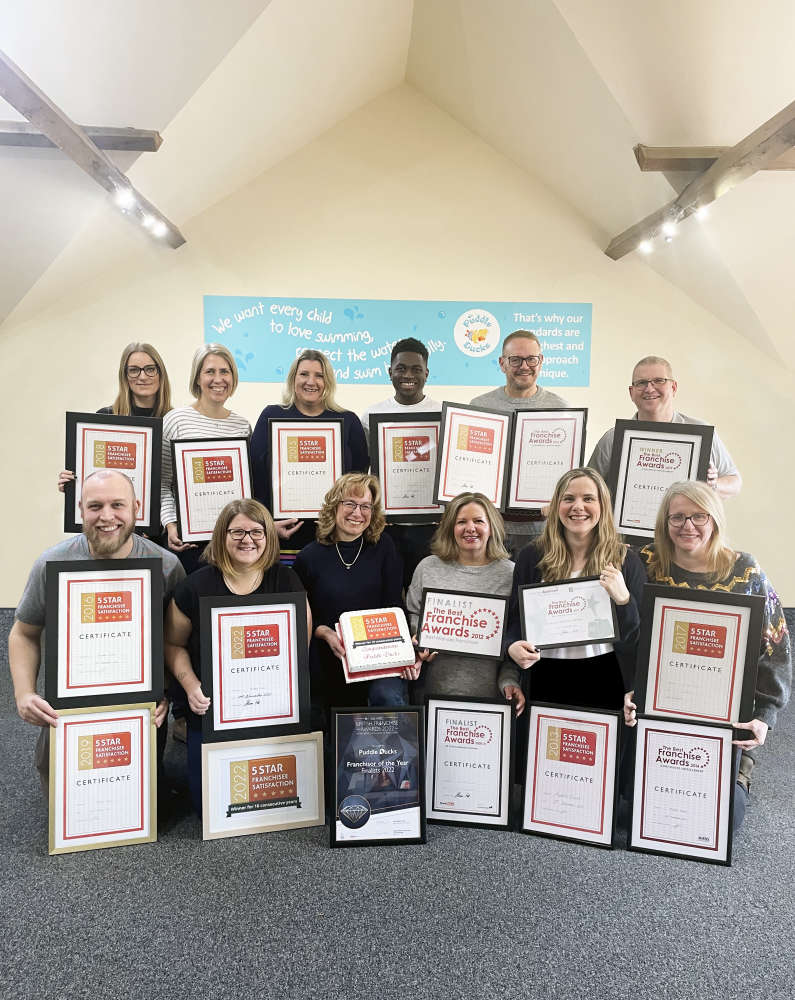 Cheshire-based baby and child swimming school, Puddle Ducks, the only 100% child-led swim school in the UK has hailed 2022 its most successful year yet, after an unprecedented 12 months of business growth.

The company’s head office based in Holmes Chapel, continued to lead the way in the UK swimming lesson marketplace throughout its 20th year in business with a 20% increase in customers, higher than pre-pandemic. Puddle Ducks also continues to expand its network of franchises across the country.

2022 saw Puddle Ducks grow to comprise 33 franchises and teach over 25,000 children to swim every week.  An incredible achievement considering the company’s revenue stream was completed halted for one year during the pandemic, when all swimming pools were forced to close. But they used that time wisely and continued to invest in the model, developing new technology, systems and promoting the brand.

“2022 was a fantastic year for Puddle Ducks and we are delighted with our achievements both centrally and individually by our hard-working franchisees. It also happened to be our 20th year in business and of course we made sure we all celebrated this wonderful milestone.” commented co-founder and managing director of Puddle Ducks, Jo Stone.

“Demand for swimming lessons remains incredibly high across the UK and our franchise owners are actively embracing this opportunity for innovation and business growth.  It’s fantastic to see our franchise network working in sync to achieve Puddle Ducks’ ambitions nationwide and we are all extremely motivated to generate greater success as we begin our third decade in business.”

Puddle Ducks also achieved a deluge of recognition from the franchise industry throughout 2022.  Its accolades included: finalist for the  British Franchise Association HSBC Franchisor of the Year Award 2022, winner of the new Franchisee of the Year in the Encouraging Women in Franchising awards and being the first company to achieve an unprecedented 10 consecutive years of Workbuzz rated 5* Franchisee Satisfaction. The company also attained its highest ever ranking in the Elite Franchise Top 100, reaching 20th place in this definitive list of the best franchise businesses in the UK.

Puddle Ducks was founded in 2002 by friends Jo Stone and Tracy Townend who shared a love of swimming with their babies and a common desire to launch a business.  They opened their first Puddle Ducks classes in Northwich in 2002 and began franchising in 2007.  Puddle Ducks is a national swim school that offers classes from bump through to 10 years of age and all teachers are STA qualified.

Puddle Ducks are excited for 2023 and are looking forward to continuing to share their passion for teaching children to swim independently and to love and respect the water.

Pictured - Some of the Puddle Ducks team.