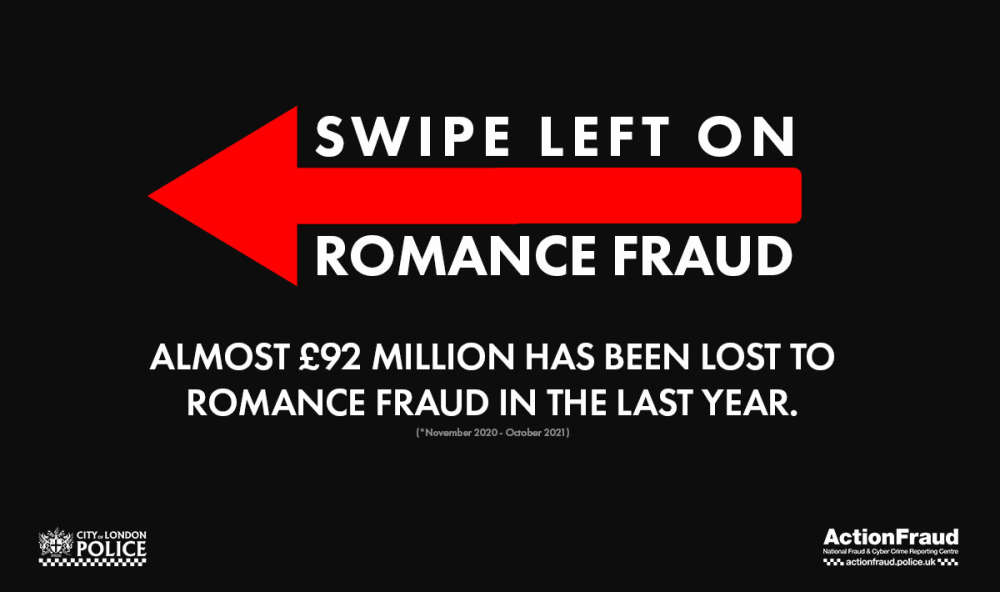 The Police and Crime Commissioner for Cheshire is urging people in Cheshire to remain vigilant of romance fraud, which begins to have its most devastating impact between now and Valentine’s Day.

According to the ActionFraud website, there was a spike of 901 reports of romance fraud in March 2021, which related to relationships struck up between Christmas and Valentine’s Day.

John Dwyer, Police and Crime Commissioner for Cheshire, said: “In my Police and Crime Plan, I set out my commitment to tackling fraud and cyber crime, which includes online scams such as romance fraud. I will ensure that the Constabulary has the most up-to-date technology to enable them to do this effectively.

“Scammers and cyber criminals have been able to hone their craft throughout the pandemic as more of our interactions have been online. This can mean that some of their tactics may be difficult for people to spot.

“If you know someone who has started an online relationship recently and are worried they may be a victim of fraud, try and chat to them about it. Romance fraudsters will spend a large amount of time gaining their victim’s trust. In the beginning they may make no mention of money in order to establish a love connection, but they will build up to it.”

According to Action Fraud, despite romance fraud reports and losses of £8.7 million reported in March last year, a big financial spike came two months later in May where even greater losses of £14.6 million were reported.

John Dwyer added: “Once a connection is formed, then the criminals will ask for money, and the victim might hand it over without giving it a second thought. We need to ensure these eye-watering sums are not lost to fraudsters.

“If you can chat to your friends and family members about the warning signs and make them aware of what is going on, we may be able to stop some of these fraudsters in their tracks.”

Some of the tactics fraudsters use to steal money from their victim’s via romance scams is to:

How to help protect people you know are online dating

You can report fraud online at ActionFraud here:

Alternatively call the Police on 101, in the case of an emergency dial 999.