Concerning rise in deliberately set fires in the Wilmslow area 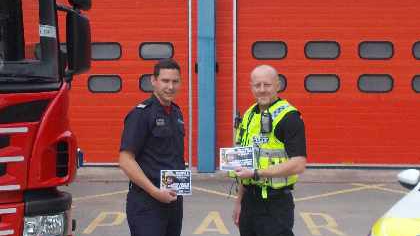 Police officers and firefighters are concerned by a summer spate of fires in the Wilmslow area that are believed to have been started deliberately.

The spike in arson incidents, particularly in the suburban town of Handforth, has coincided with the recent spell of hot weather.

The fires have predominantly been in open spaces, including in parks and scrubland.

Recent fires in the area involving tree scrub, rubbish, cars and wheelie bins are believed to have been started deliberately.

Such fires can lead to larger, potentially life-threatening blazes and they also take vital resources away from other incidents and Cheshire Constabulary and Cheshire Fire and Rescue Service are working in partnership to tackle the problem.

Wilmslow Fire Station Crew Manager Ian Moore said: “Last summer there were only a handful of fires believed to have been started deliberately in the Wilmslow area but this year there have been around 20 since the start of May, with the bulk of them occurring in Handforth.

“A fire can start anywhere and I would like to say to the people responsible for the deliberately set fires that it could be your family or friends that we are delayed in getting to and trying to save because we have to put out a fire that is completely avoidable.”