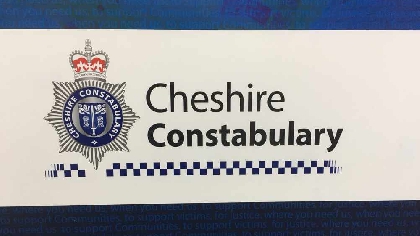 Two people responsible for a terrifying robbery have been ordered to repay more than £40,000

The case against Karine Solloway and Paul Prior began on 7 October 2016 following a robbery in Alderley Edge in which the two victims were held captive in their own home.

The victims were bound with cable ties and forced to wear ear defenders and blacked out goggles during a traumatic ordeal that lasted four-and-a-half hours.

At one point cling film was placed over one victim's face and the other was forced to sit on the sofa with her legs parted, making her believe that she was going to be raped.

The offenders raided the house and fled with more than £150,000 worth of jewellery and other items.

After the offenders left the scene the victims managed to free themselves and call the police.

During the subsequent investigation, led by Detective Sergeant Simon Mills of Macclesfield CID, DNA found on the ear defenders linked prior to the robbery.

Stolen items were later seen on eBay and traced back to his home in Greenwich.

During their interviews with the victims, officers discovered that one of them owed £100,000 to a London businesswoman, Solloway, which he intended to pay back.

Subsequent mobile phone analysis revealed that Solloway had hired Prior to commit the robbery in order to get back the money she was owed.

Prior and Solloway were both arrested and charged in connection with the incident, as were two men who helped Prior carry out the robbery, Iain McGarry and Kimpton Mativenga.

In December 2017 Solloway, 61, from the Marylebone area of London, was found guilty of conspiracy to rob at Chester Crown Court.

She received a 10-year prison sentence.

The other three offenders pleaded guilty to robbery.

Prior, 36; McGarry, 50, of Weybridge; and Mativenga, 33, of St Albans; were jailed for 10 years with a further three years on licence, eight years and six-and-a-half years respectively.

However, the investigation did not stop there.

While officers had been able to recover £82,000 during their initial investigation, the team were aware that at least £70,000 was still outstanding.

Over the next two years an investigation was undertaken by Financial Investigator Jones from the Cheshire Constabulary's Economic Crime Unit, who conducted detailed examinations into the finances of Prior and Solloway to determine what funds could be recovered.

On Friday 27 September the case was called back to Chester Crown Court for a proceeds of crime hearing.

If they do not repay the money within three months they face further time behind bars.

Of the money recovered £39,553.48 has been awarded to the victims as compensation.

The remaining money will be given to the Police and Crime Commissioner for Cheshire to utilise for community projects.

Following the proceeds of crime hearing, David Keane, police and crime commissioner for Cheshire, added: "The Proceeds of Crime Act ensures that money seized from criminals is either reinvested back into our communities or awarded to victims to help them recover from their ordeal.

"In this case, the victims have been subjected to a horrifying ordeal and quite rightfully have been awarded compensation to hopefully give them some closure.

"The rest of the money seized will be used to support vital community projects which aim to prevent crime and anti-social behaviour and to prevent young people getting involved in crime in the first place, which inevitably makes our communities safer places to live."

Detective Sergeant Helen Rowland, of the Economic Crime Unit added: "This was a truly shocking case. What the victims went through was absolutely terrifying.

"I can't imagine how frightening it was to be bound with cable ties, blindfolded and deprived of your senses in your own home by robbers. That is something no-one should ever have to go through.

"Over the past two years Solloway and Prior did everything they possibly could to frustrate the confiscation process in order to keep hold of as much of their ill-gotten gains as possible.

"However, thanks to the dedication of Financial Investigator Jones we have been able to recover a further £43,000, the majority of which will be returned to the victims.

"While the victims will never be able to forget what happened to them that day, I hope that this result, on top of the prison sentences that the offenders received, will give them some closure and allow them to move forward with their lives.

"I also hope that this acts as a warning to other potential offenders and shows them that crime doesn't pay and any penalties invoked by the Proceeds of Crime Act will stay with them for the rest of their lives."