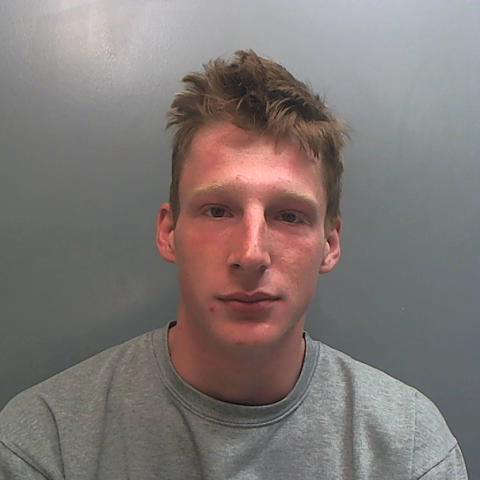 A man has been found guilty of the manslaughter of an Audlem businessman following a retrial.

A trial originally took place in January 2020, but a verdict could not be reached and the retrial was set with a new jury for 11th October at Liverpool Crown Court.

Samuel Thorpe, 26, of Annions Lane, Wybunbury, was found guilty of the manslaughter of Adam Lovatt today 22nd October 2021 after a 10 day trial at Liverpool Crown Court. He will be sentenced on 26 November.

His co-defendant, Nicolas Hill, 37, of Moorsfield Avenue, Audlem, was found not guilty of manslaughter but had already pleaded guilty to assisting an offender at an earlier hearing. He will also be sentenced on 26 November.

The incident happened in the early hours of Friday 25 May, 2018, outside the Bridge Inn, on Shropshire Street.

Adam (45), had been spending the evening celebrating his birthday with his wife at the Lord Combermere pub in the village.

He decided to carry on his evening at the Shroppie Fly, on Audlem Wharf, while his wife went home.
While Adam was at the pub, another man in the bar who objected to his presence there, tried to assault Adam but others in the bar intervened. Almost immediately after this Adam left the pub and started to walk back towards Shropshire Street.

After he left the pub Thorpe and Hill also left the pub and set off in order to catch up with Adam. Thorpe caught up with him next to the Bridge Inn whilst Hill made his way around the back of the building in a bid to cut Adam off.

Thorpe confronted Adam outside the Bridge Inn, punching him once to the face. He fell backwards, striking his head on the ground suffering two skull fractures and a large bleed on the brain. He passed away later that day.

After the assault, Hill approached Thorpe who was trying to rouse Adam, who was clearly unconscious with blood coming from his head. Thorpe then told Hill to go back to the pub, which he did. As a passing motorist pulled up to check on Adam’s welfare, Thorpe ran away and went back to the Shroppie Fly. The motorist called an ambulance and a number of people who had been drinking at the pub came out and tried to help the victim.

Meanwhile and in order to evade Police attention, Thorpe and Hill drove away from the scene through quiet country lanes to Market Drayton where they bought lager before they went back to Hill’s house. There they agreed on a cover story and both made attempts to distance themselves from what occurred. The following day Thorpe, knowing that the Police may be looking for him, threw his phone away and left the area to stay in a guest house in North Wales overnight, only returning when Police attended at his parents' address in order to arrest him.

Detective Inspector Adam Waller, who led the investigation into the death, said: “Adam’s life was tragically cut short with just one punch. It’s a stark reminder to people that that the decision to strike out at someone in anger could change lives instantly. Adam's family are grieving and trying to come to terms with life without a loved one and other families will have to come to terms with their loved ones having been convicted and facing the prospect of time behind bars – all because of one punch on a night out.

"Adam was callously left lying fatally injured in the road until a passing motorist summonsed professional medical help. Neither Thorpe or Hill made any attempts to look after anyone else but themselves in making their escape and attempting to cover their tracks. The attempts to besmirch Adam’s character throughout the trial have been distressing for Adam’s family to have had to bear witness to, and thankfully have had no bearing on the outcome.”