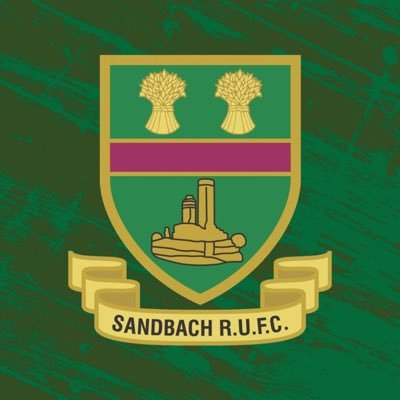 After a couple of resounding victories that saw Sandbach top of the fledgling league, at the start of the game, they were abruptly brought back down to earth in a hard-fought game, against a well-organised and motivated Lymm outfit.

Having had two easy victories against opponents who on current form appear likely to be towards the bottom of the league come March, Sandbach were a little undercooked for what was always going to be a fiercely contested local derby. Despite a late rally by the home side, that saw them with a chance of stealing an unlikely victory with a couple of minutes to go, Lymm deserved their victory. Their win being built on an aggressive defence and plenty of gas out wide, which will always be a threat to any opposition in this league.

The match kicked off with Sandbach playing up the slope but with the gentle breeze behind them and it was a cagey start from both outfits. There were plenty of stoppages for injuries as both sides tested one another out and tried to establish some rhythm. Sandbach opened the scoring with a James Preston penalty on eleven minutes, when the visitors were penalised for handling in the ruck. This was quickly cancelled out as virtually from the kick off receipt Sandbach were penalised for holding on, with the Lymm fly half Shard equalising.

Sandbach then had a period of dominance but try as they might they could not find a way to break down the visitor’s defence, whose line speed was forcing the home side into handling errors and forward passes. Sandbach then lost their own lineout which caught their defence out of shape and a neat offload put Lymm winger Beesley away to score under the posts. Shard adding the extras. Sandbach were then further hampered when flanker Harry Hughes was yellow carded for taking a man off his feet in a tackle, which meant the home team holding on for ten minutes. Once Hughes returned Sandbach did mount something of an assault at the end of the half, but once more coughed up the ball at critical moments to go in 3 v 10 down at the break.

Having already lost winger Myles Hall who took a blow in the first half, Sandbach started the second without Tom Holmes, who had struggled soon after the opening when he aggravated an existing injury, which will see the big second row man needing surgery. Sandbach however made an ideal start when Preston reduced the deficit with a penalty soon after the resumption before Sandbach suffered a further blow when the other second row Callum Oakden also took a knock. Sandbach were still guilty of handling errors and turning the ball over and Lymm took advantage to score a couple of tries through centre Pilkington and winger Simpson, each illustrating the pace the visitors had out wide. Shard converting both.

Sandbach showed they were not finished yet and began to impose themselves as the Lymm side tired and in their efforts to keep the Bach out they lost flanker Sutherland as he infringed in the red zone. Sandbach were soon down to equal numbers as centre Jack Leech limped off with a calf injury and with three replacements already on the pitch, it was fourteen men apiece. With five to go Hughes forced his way over and Preston converted to pull something back. Preston then sprinted in from the halfway line, after a wayward Lymm kick, to bring the scores to 18 v 24 in the dying minutes.

Not content to accept a losing bonus point Sandbach sought to run the ball out from their own goal line, but conceded a penalty in doing so, which surprisingly Lymm’s Shard hooked wide, missing the opportunity to kill off the game. It did not matter though as from the restart, Lymm now back to their full complement went through the phases to score with the last play, replacement winger Nonso Agina going over, Shard making amends with the final kick.

Sandbach will be disappointed with the errors they made, as they certainly had opportunities in the match. There were a few damaged bodies come the end of the contest so physio Tom Lea and his team will have a big job this week as the games come thick and fast with another local derby as Sandbach travel to Macclesfield, next weekend. Certainly, it looks like the squad depth is going to be tested but with a few players scheduled to return soon to playing after long term injuries, that should help. Unfortunately that is unlikely to happen in the next few weeks so there should be opportunities for some of the Saxons to show they are also worthy of a regular 1st XV spot if given the chance.