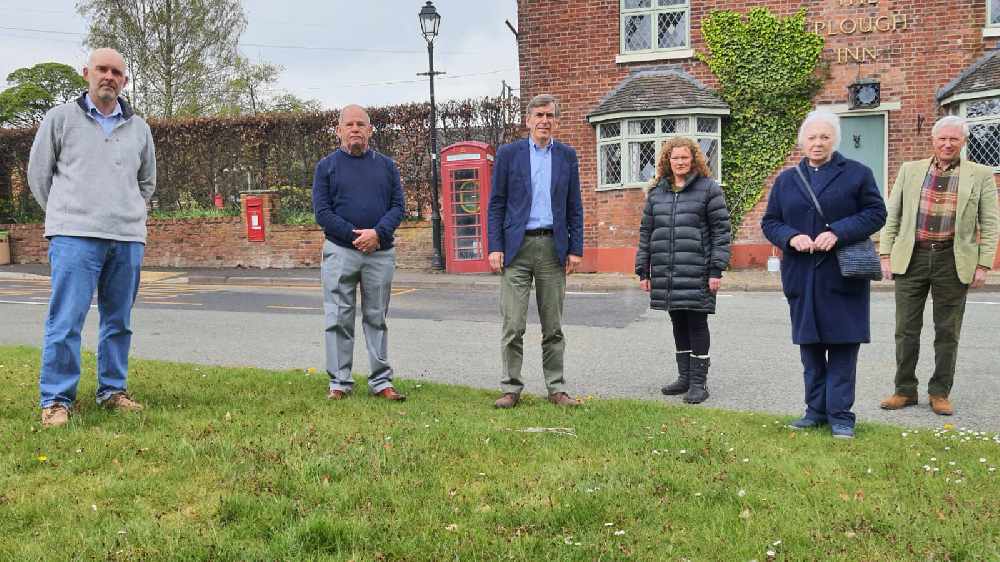 Local MP, David Rutley, has given his strong support to keep local Parish Councils in place in Eaton, Marton and North Rode.

Their future is currently in the balance ahead of a planned Cheshire East Council consultation on the future and boundaries of local councils in our area.

David recently met local parish councillors from the three local councils in Eaton with Cllr Lesley Smetham, who represents each of the three communities on Cheshire East Council. The councillors explained how deeply concerned members of each of the Parish Councils are by the proposals set out in Cheshire East Council’s Community Governance Review. They strongly object to the proposals, which they believe would be deeply damaging to the community spirit and sense of identity in each of the affected communities.

Cheshire East Council’s proposals are seen as unwelcomed moves to take powers and the ability to raise precepts away from rural communities. This would be at the expense of powers and fundraising capabilities being accumulated in much larger neighbouring towns. The proposals would also weaken the ability of local communities to help express residents’ views about proposed developments and speak out against unwanted property developments in the local area.

At an earlier virtual meeting with Eaton Parish Council, David heard from councillors how the Parish Council continues to play a vital role in protecting the local community from encroaching development from Congleton and maintaining the rural identity of the village. The Council has also worked hard to produce a Neighbourhood Plan, which was approved in a referendum on 6th May, and campaigned to tackle speeding traffic through the village. Eaton Parish Council has represented local residents for almost 120 years and the work of the Council is needed now more than ever. David has already written to Cheshire East Council in strong support of its stated aim of remaining as a strong voice for local residents.

Marton Parish Council represents a 400 year-old parish which is proud of its history and is content with the existing arrangements. Like Eaton, it sees no justification for changing the current Parish Council boundaries at the present time. Nearby, North Rode Parish Council has served its small rural community effectively for generations and its Councillors also want to retain its current accountabilities and boundaries.

After the meeting in Eaton, David said, “Cheshire East Council should not underestimate the impact of shutting down or combining Parish Councils in many of our rural communities. I regularly meet with Councillors from the Eaton, Marton and North Rode Parish Councils who are deeply committed to and actively work on behalf of each of their communities. I will continue to campaign with them to object to the proposed changes to these Councils and know that many local residents share this view - I would urge them to make their views known in any future consultation on these important local issues. We need to respect the integrity and identity of these unique rural communities.”