New phase in £23m A533 bridge work near Runcorn 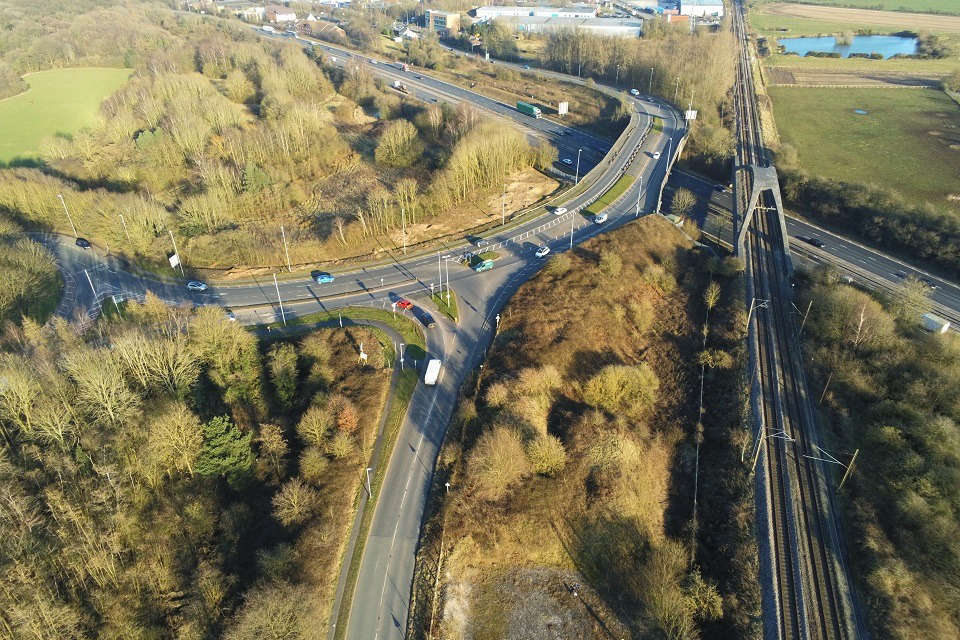 The main construction work in a £23 million project to provide a new road bridge over the M56 in Cheshire is now underway.

National Highways is replacing the A533 Expressway bridge near Runcorn with a brand-new crossing just a few metres further up the motorway. Road workers moved onto the site straight after the Christmas holiday period to start building a site compound and install safety barriers along the M56.

The bridge, between junction 11 and junction 12, provides a vital connection for people living or working on both sides of the motorway so it can’t be demolished until the new one has opened. Over the next few weeks bridge and motorway users will see activities ramping up significantly.

“We’re delighted this important project to replace the A533 Expressway bridge is now underway.

"This is a complicated and exciting engineering challenge for us but minimising inconvenience to the thousands of people who rely on the bridge and the M56 for their journeys every day will be at the forefront of our minds over the next year or so.”

The existing structure was built in 1971 and is being replaced with a new 67m two-span concrete bridge, consisting of a single two-lane carriageway and a combined footpath and cycleway – connecting communities and businesses over the motorway and supporting investment in jobs and housing for decades to come.

Until the end of this week, off-peak stop-go boards are in place on the bridge itself for site investigations. Work to install the temporary safety barrier in the hard shoulders and a 50mph speed limit along the M56 started yesterday (Monday).

Carefully demolishing the old bridge once it is sandwiched between the new one and the existing railway structure serving the West Coast main line is just one of the challenges for National Highways and lead constructor AmeySRM.

Major internet and water services – supporting hundreds of thousands of residents and businesses in Cheshire and Merseyside north of the M56 – are carried across the motorway by the existing bridge and are having to be diverted. The bridge also runs at an angle across the M56 and the land falls on the southern side of the motorway, requiring a complicated design for the bridge decks and concrete parapets in the motorway verges.

This month’s work along the motorway includes:

The motorway will need to be closed for two weekends - in the spring and autumn – for installation of the new bridge and demolition of the old one.

For more information or to sign up for automatic updates, visit the project webpage at:

Pictured - The A533 Expressway bridge provides a vital connection for people living and working on both sides of the M56.