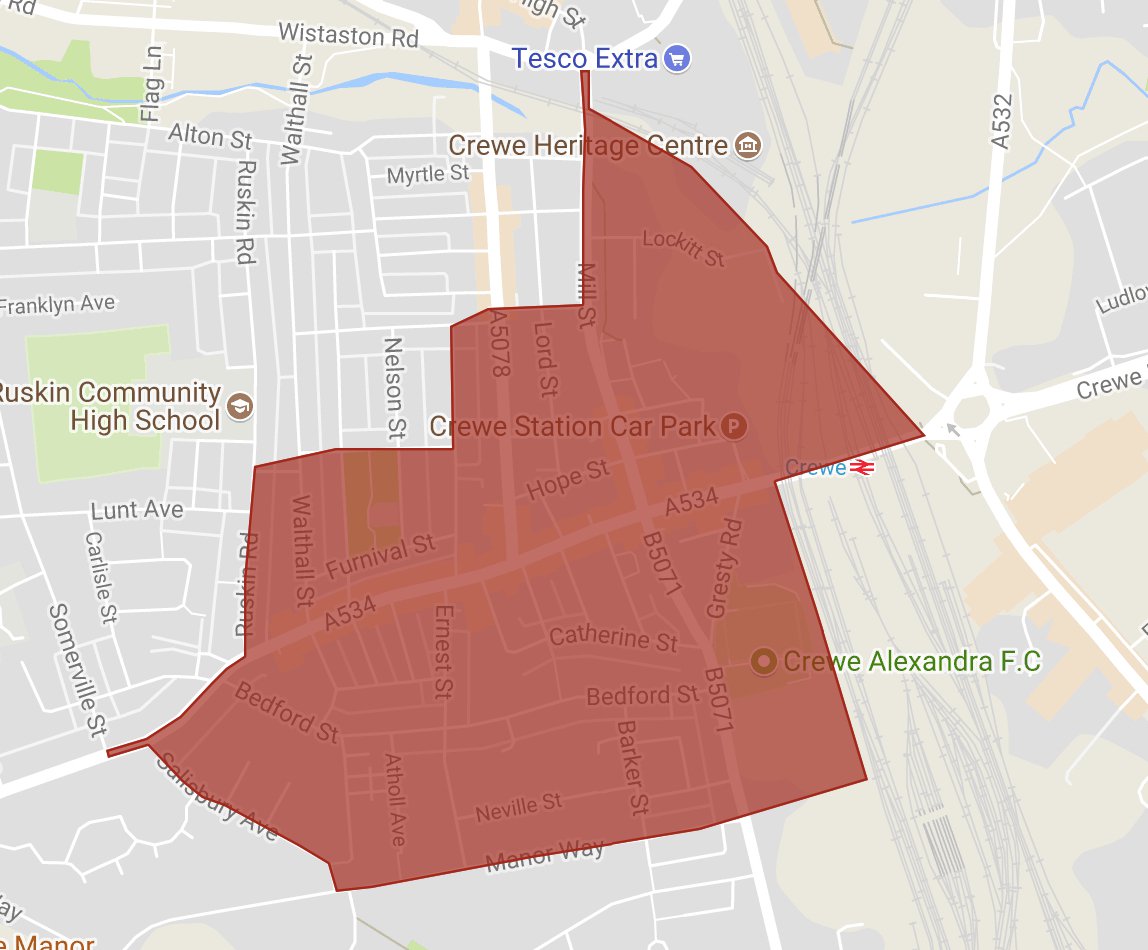 Officers in Crewe have been given a temporary boost to their powers to stop and search anyone they suspect of carrying a weapon.

It follows a stabbing last weekend where a 29-year-old man was subject to an unprovoked attack on Nantwich Road.

The powers will be in place from 7pm on Friday 21 June to 4am on Saturday 22 June and then subsequently from 7pm on Saturday 22 June to 4am on Sunday 23 June. The powers, which have been granted under Section 60 of the Criminal Justice and Public Order Act (1994), allow officers to stop and search any person or vehicle looking for weapons, whether or not they have any grounds of suspicion.

Officers from Crewe Local Policing Unit, supported by specialist task force officers and the Special Constabulary, will be in the Nantwich Road area using those powers to deter people from carrying weapons and to identify those carrying them.

British Transport Police will also be supporting the operation as the powers granted extend to the railway station.

This is the second time these powers have been granted for use by Crewe officers in June and follows a number of stabbing and serious assaults that have taken place in the Nantwich Road area over the past three months.

Chief Inspector of Crewe Local Policing Unit Simon Newell said: “We have arrested four youths as a result of the most recent stabbing incident and they have been bailed whilst additional enquiries are undertaken by Crewe CID officers.

“The consequences of carrying and using a weapon are very severe with a male recently receiving a nine year sentence for a stabbing incident on Nantwich Road in March. By carrying or using a knife you are literally putting your lives and others at risk.