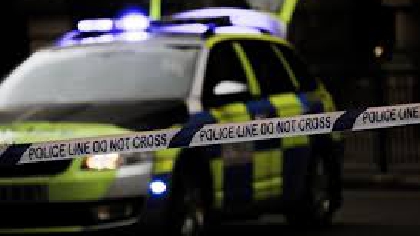 Criminals who target the railway network to deal drugs in Macclesfield were met by officers and sniffer dogs as part of an operation.

On Wednesday 15 May Macclesfield Local Policing Unit and British Transport Police (BTP) worked together to disrupt the supply of ‘county lines’ drugs coming into the area.

A county line is operated by an organised crime group who use a mobile phone, known as a ‘line’ or a ‘graft’ to extend their criminal activity business into new locations - usually from a city into rural areas.

Organised crime groups can target, coerce and exploit children, vulnerable adults and disabled people to deliver and deal drugs on their behalf.

They will also force their way into a vulnerable adult’s home to use as a secure operating base to deal drugs - a term known as ‘cuckooing’.

During the operation uniformed officers along with specialist drugs dogs patrolled Macclesfield Train Station in an attempt to stop those who use the network to move drugs and cash.

Officers also engaged with the public to educate them on how to spot if a child or vulnerable adult is being targeted or exploited by organised criminals as part of a county lines enterprise.

Detective Inspector Adam Alexander, of Macclesfield Local Policing Unit, said: “We know that county lines exists in Macclesfield and this operation is an example of the work we’re doing to help disrupt it and protect the community.

“The aim of the operation was to help deter and disrupt county lines criminal activity and as well as speak to the public and educate them on what county lines is and how to spot the signs.

“Sadly, organised crime groups will often pressurise vulnerable people and children to transport, store and sell drugs. They are then left scared and feeling trapped into working for the criminals.

“We want organised crime groups to realise Macclesfield is a difficult place to commit these crimes.

“The public can help support our efforts by being our eyes and ears, and continuing to provide us with vital information that will help improve the lives of all those living in the community.”

A British Transport Police spokesperson said: “BTP are proud to work alongside our partners to tackle County Line drug dealing on the rail network and the offences that are so often linked to it; such as knife possession, violence and the exploitation of vulnerable people.

“This week of intensification and its results sends a strong message that rail stations and trains are very hostile to any type of criminal behaviour; we will continue to work very closely with fellow police forces and train operators to ensure this remains the case.”