World premiere of the Chronicles of Atom & Luna 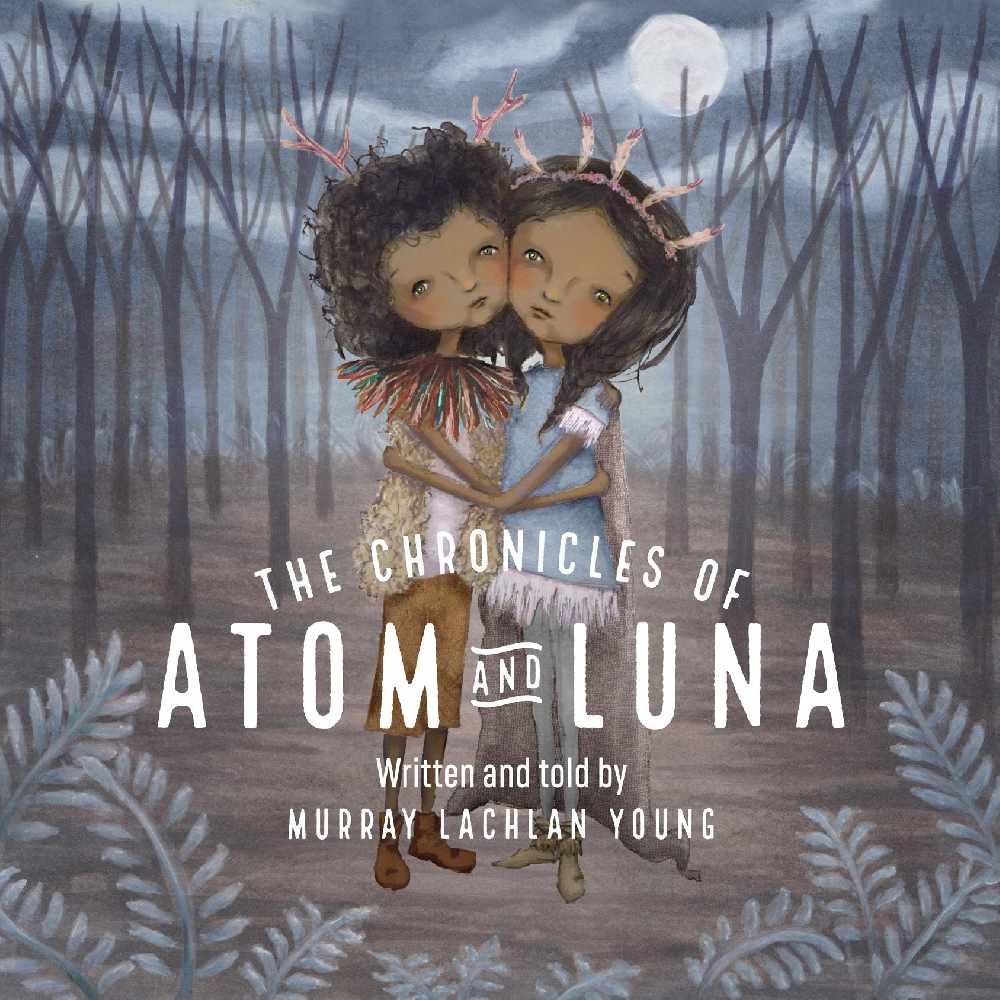 Cheshire Rural Touring Arts are one of eight rural touring companies and venues from across England who have got together to support Murray Lachlan Young and new company Funnelwick Limb to create a whole new story world which can be enjoyed by audiences online this winter.

BBC 6 Music, Poet in Residence Murray Lachlan Young’s magical new story of 11-year-old twins Atom & Luna will start to come to life this winter wherever you are.

In the story the heroes Atom & Luna are left home alone in the care of their magical child minder, Iffly Sney.  But when Iffly falls terribly ill, only the twins can save him by seeking out the mysterious Old Mother Redbeard.  And so begins Atom & Luna’s journey into the heart of a forest which will change their lives forever.

The first thing audiences will be able to experience are six audio tales, going back and forward in time exploring the magical world of the forest that Atom & Luna must conquer.  These are being released for free on all major podcast channels, you tube and on soundcloud from 30 November.  Further digital experiences will follow in the New Year.

Murray Lachlan Young said: “In lockdown we started mining a story world that could not be contained by a single form, and rather than put the brakes on we let the story tell itself in the way it wanted to. So, we find ourselves starting with our story casts (perfect bedtime listening in the run up to Christmas).  We have several digital surprises up our sleeves for Spring 21 and then the more traditional book and theatre show will follow in Autumn 21.  Right now, I'm excited by how as storytellers we can continue telling stories to as many people as possible in these unusual times.”

Councillor Louise Gittins, Leader of Cheshire West and Chester Council said: “I hope households across the borough will be following this. We lost most of this year’s touring theatre performances in village halls and other venues across Cheshire thanks to COVID-19 but we can always rely on creative people like Murray to find new ways to keep telling stories.

“This project has been supported by Cheshire Rural Touring Arts and seven other rural touring schemes from around the country. It is hoped this project will go on to become a new piece of touring theatre for rural touring and schools in the future and when touring can happen again. For now, it’s a great example of a creative way to still produce shows for families when under restrictions.”

Since February, Murray and his creative team have been busy creating the magical world of Atom & Luna.  The story began to develop before COVID, in a residency at Kirkgate Arts in Cockermouth.  But it was in lockdown that it truly took flight. With the support of the consortium, and a whole host of children responding to video tasks, the story began to take on a life on its own.

To be the first to listen and play and find out more about how the story will unfurl, sign up to the Funnelwick Limb newsletter at www.funnelwicklimb.com

Arts Council England is the national development agency for creativity and culture.  Their strategic vision Let’s Create that by 2030 for England to be a country in which the creativity of each of us is valued and given the chance to flourish and where everyone has access to a remarkable range of high-quality cultural experiences.  They invest public money from Government and The National Lottery to help support the sector and to deliver this vision www.artscouncil.org.uk

Following the Covid-19 crisis, the Arts Council developed a £160 million Emergency Response Package, with nearly 90 per cent coming from the National Lottery, for organisations and individuals needing support.  They are also one of the bodies administering the Government’s £1.57 billion Cultural Recovery Funds.  Find out more at www.artscouncil.org.uk/covid19