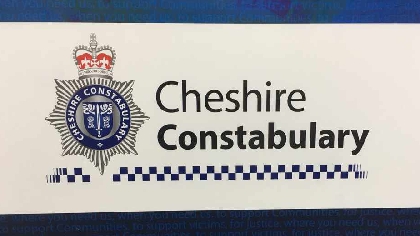 A 21-year-old man from Crewe has been jailed after being caught selling class A drugs.

Whilst being detained he swung his arms violently in an attempt to break free.

During the struggle one of the officers sustained a hand injury that requires ongoing hospital treatment.

A search of Davidson revealed 14 wraps of heroin and crack cocaine and nearly £60 in cash.

Officers then executed a search warrant at his home, where they found a further 120 wraps of class A drugs, a quantity of cannabis, cash and various drugs paraphernalia.

He pleaded guilty to all of the charges and at Chester Crown Court yesterday, Wednesday 10 April, he was sentenced to three years in prison.

Police Constable Jay Burns said: “I am delighted that Davidson is now behind bars and no longer able to blight the area with illegal drugs.

“The case against him began when officers on patrol spotted two known drug users acting suspiciously before being met by Davidson.

“He arrived on a bicycle and gave the drug users illegal drugs in exchange for cash.

“Davidson was subsequently arrested on his way back home by plain-clothed officers.

“Subsequent searches of Davidson and his home in Crewe revealed quantities of class A drugs heroin and cocaine and class B drug cannabis with a combined street value of around £1,500.

“Drugs have a hugely detrimental impact on communities, causing widespread misery. As such, removing those involved in drug dealing from our communities is of paramount importance.

“They often think they are above the law and I hope that this case sends a strong message to those involved in, or planning to be involved in, the supply of illegal drugs that they are not invincible and will be caught.

“I also hope that the sentence that Davidson has been handed by Chester Crown Court deters others from getting involved in dealing illegal drugs.”

On top of his custodial sentence, Davidson was ordered to pay a £170 victim surcharge and cash recovered during the search was subject to a forfeiture order.

PC Burns added: “While this investigation has now concluded our fight against drug dealers continues and I urge anyone with any information about suspected drug related activity in their community to get in touch. You will be listened to and we will investigate the matter.