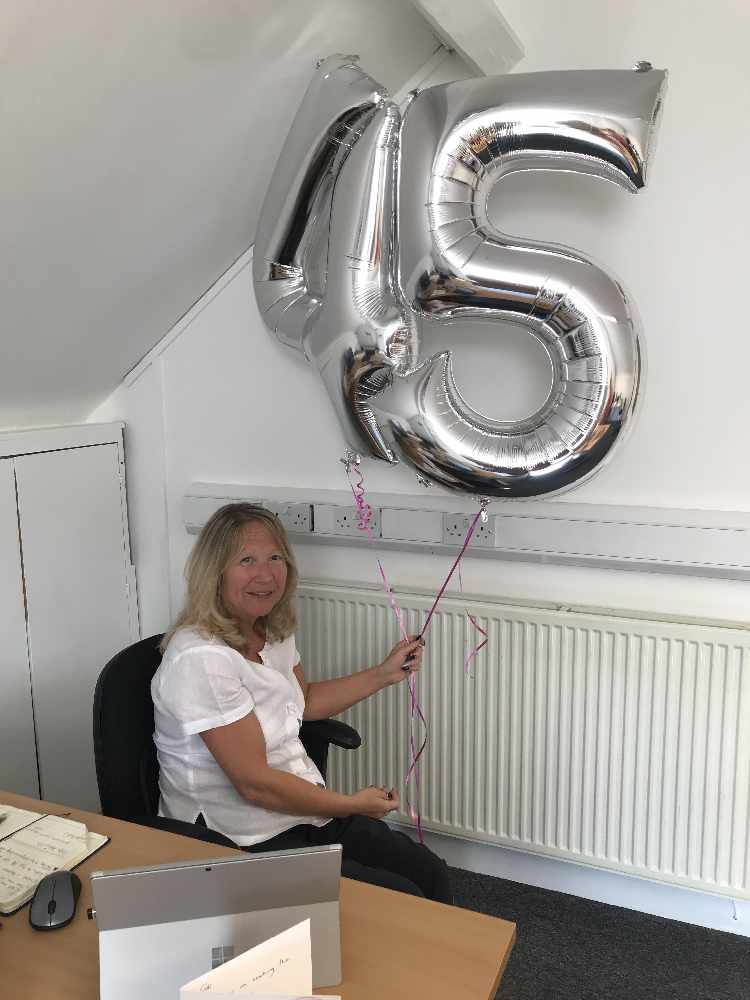 An innovative charity executive has celebrated 45 years of service to the deaf community in Cheshire West and East and more recently in Flintshire and Wrexham too.

Gill Reeder has been hailed as an 'inspiration' by colleagues for her dedication and passion to promote awareness of deafness and break down barriers for those living with a hearing loss during her extensive and successful career.

Linda Gill, who has worked with Gill for 37 years, and was inspired to do her Social Worker studies because of her, said: “When I went to do my social work qualification Gill was my Practice teacher and later she became my Team Leader. Gill has always been very supportive and encouraged me to take on the Team Leader role when she moved up to become Executive Operations.”

Gill studied at Wrexham College and The Open University, mastering her skills as a Social Worker before starting to work with Chester and District Deaf Society, which was named Deafness Support Network in 1976.

Linda added: “Gill has super organisational skills and for many years arranged annual holidays for a party of 30+ Deaf and Deafblind people. We went to some great seaside resorts around the country and had a fantastic time. Gill even arranged and took part in evening entertainment, such as bingo and fancy dress – I’ll never forget when she dressed as a baby complete with dummy – great fun!”

Despite the lighter parts of her role at DSN, Gill has also been fundamental in changing and developing the rights and access to support which was historically limited for D/deaf people. Through her work she has helped to promote diversity and equality for clients.

Linda added: “She is excellent at Networking and Developing Partnerships, for example with Cheshire Fire and Rescue, Cheshire Police, Brightlife and many more.”

In recent years Gill has spearheaded the launch of DSN’ Positive Hearing enterprise, a not-for-profit organisation, which that offers the very latest technology, training and support to help improve the quality of life of people with severe hearing loss at home, socially and in the workplace.

She also helped to acquire DSN’s very own research, which is carried out by Dr Jenna Wallace into the links between deafness and dementia.

As well as roles on various boards such as Countess of Chester Hospital Diversity and Equality panel, she also recently worked on creating a new website for DSN and a new App.

As Operations Executive, Gill oversee's DSN’s work with local authorities in Cheshire and North Wales, as well as the operations of projects such as BBC Children In Needs’ I’m Hear project and DSN’s Youth Vibe, a young people’s group for those with a hearing loss and their friends.

Linda added: “We have journeyed together, working difficult cases, securing Local Authority contracts, and throughout Gill has been a constant support, inspirational and hard-working and most importantly she’s made my job enjoyable. It is a privilege to work with her.”

Gill celebrated the event with the leadership team at the Northwich office with cake, lunch and balloons last week.