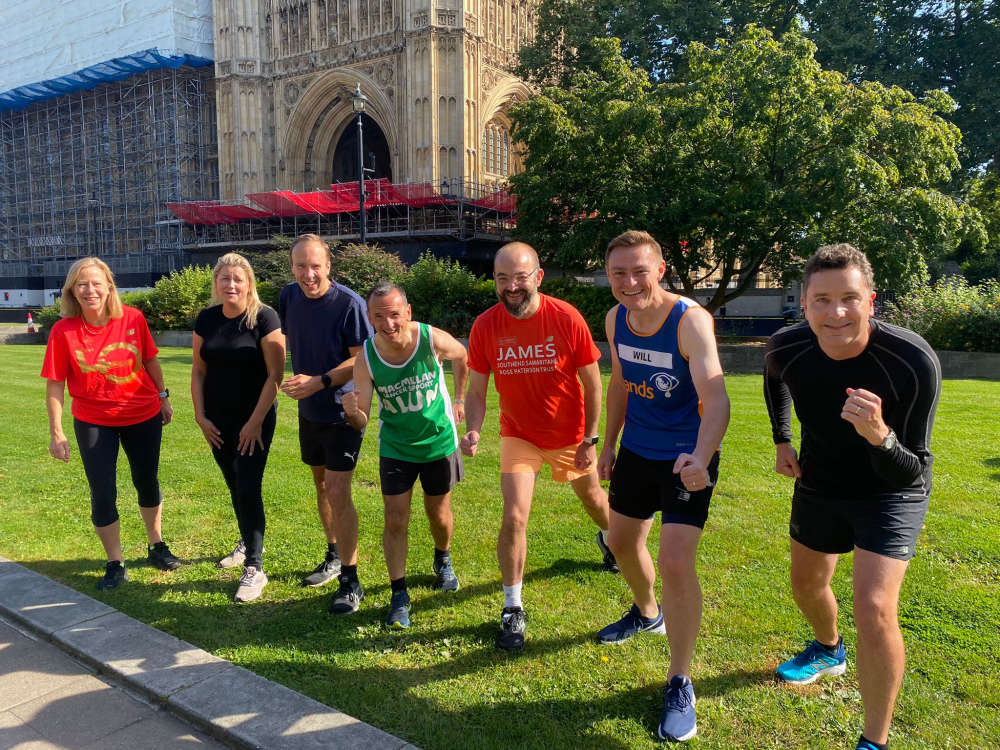 Eddisbury MP Edward Timpson will be joining a record 21 other Members of Parliament in running the 2021 Virgin Money London Marathon on Sunday 3rd October 2021.

Mr Timpson, a London Marathon veteran, took part in the race locally last year due to the Covid-19 Pandemic, choosing to walk over 26 miles for charity on the Sandstone Trail of his Eddisbury constituency.

This year Mr Timpson will be running in support of a charity close to his heart as a former Children’s Minister: Cheshire Young Carers.

The charity is based in Ellesmere Port, but works across the County to give a childhood to young people aged 6 to 25 with caring responsibilities.

Anyone who would like to donate to this good cause can sponsor Edward online at:

A record four female MPs will be taking part, and one Peer as Baroness Sugg CBE makes her London Marathon debut.

A cross-party battle is likely to see either Alex Norris (Labour) or Tom Pursglove (Conservative) take the title for fastest MP, after the two crossed the line within 20 seconds of each other in 2019. Norris won that year in a time of 3:57:25 with Pursglove finishing marginally behind him in a time of 3:57:42.

However, Alun Cairns (Conservative) has run close to 3:30 in the past and Mr Timpson may stand a chance to take the title, having crossed the line in 3:42:24 himself back in 2014.

“I’ve raised more than £50,000 over the years for local causes and charities, helping young and old alike. I’m delighted this year to be running for Cheshire Young Carers and welcome any support people can offer this incredibly important charity.

“It’s 23 years since my first marathon, and in the past I have run with two of my brothers, my sister, father and wife!

“This time I’m running on my own, but can’t wait to get on the start line and see if I can get close to my 1998 time of just under 4 hours.

“I’m still yet to run one in fancy dress—maybe next year!”

"At Cheshire Young Carers, we pride ourselves on delivering respite to young carers—giving a special group of young people a break from their often-daily stresses and responsibilities.

“Children as young as 6 have caring roles, and their home environment can have a significant impact upon their life chances.