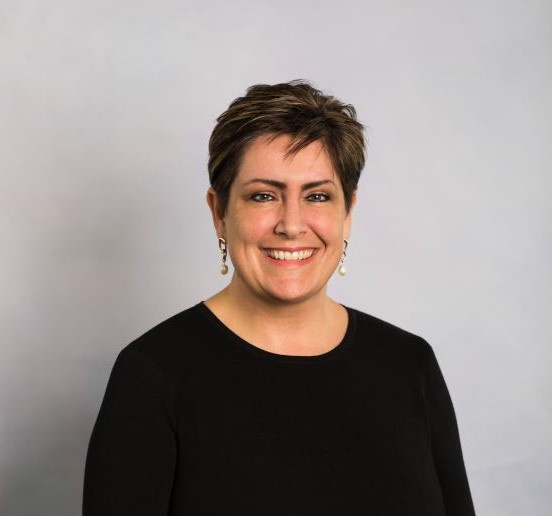 Anne Boyd, from Winsford, is to be recognised with a British Citizen Award Medal of Honour in recognition of her extraordinary endeavours.

The British Citizen Award, in partnership with One Stop, is now in its fifth year and recognises exceptional individuals who positively impact their communities throughout the country.

Although the physical Medal Presentation Ceremony has been temporarily postponed due to social distancing guidelines, 25 extraordinary people are being recognised for their positive impact on society, their selfless giving, and their commitment to community. The provisional revised date for the official medal presentation is 22nd October 2020.

Anne Boyd is being honoured for their services to business within the community with a BCAb.

Anne is chief executive of Active Cheshire, the lead body for physical activity and sport in the Cheshire and Warrington sub-region.  Thanks to Anne’s leadership and guidance, Active Cheshire engage, educate, enable inspire and influence the local community as well as a wide range of organisations, stakeholders and partners locally to change.

Active Cheshire because of Anne’s drive has been able to help people in the most inactive and deprived areas of Cheshire to get more active.  Anne understood that to make a real difference, Active Cheshire had to provide people with opportunities and behavioural change comes later, but changing habits and mindsets and making changes within the charity was needed to increase an inactive society.  Anne has a futuristic vision, often going above and beyond to improve people’s mental health and wellbeing, by embedding physical activity into all aspects of everyday life across Cheshire and Warrington.

The work undertaken by Active Cheshire under Anne’s leadership has resulted in tens of thousands of people being more active and leading healthier lifestyles.  During her 8 years at the charity Anne has transformed Active Cheshire, rebranding and repositioning as a lead body within the area. She revitalised the governance, co-produced a strategy with whole system partners, secured an outstanding rating from national funders and helped more than 100,000 people to get active on a regular basis.

Anne Boyd, CEO of Active Cheshire quoted, “I am hugely surprised and humbled to be recognised in this way. As a leader we represent those working hard around us.

In this sense I’d like to pay tribute to everyone who has supported our mission and helped us to progress it in so many small ways.”

While some aspects of the Medal Presentation may have to change, the Medalists will all have a memorable day that they will never forget, which is fitting recognition for their amazing contribution to society. The event will be hosted by TV’s Tim Vincent, with BCA Patron’s Lord Dholakia and Dame Mary Perkins, co-founder of Specsavers also in attendance. Medals will be presented by senior figures from the sponsor community which includes Experian, Places for People, Objective HR, alongside Specsavers and One Stop.

The British Citizen Award was established in 2015, to recognise exceptional individuals who work tirelessly and selflessly making a positive impact on society. The BCA recognises true community heroes who would otherwise likely be overlooked. Dubbed the People’s Honours, many recipients have subsequently been selected to receive a Queen’s Honour after their endeavours have been recognised with a BCA.

Each Medal of Honour bears the words ‘For the Good of the Country’ and are presented to only a small number of exceptional individuals twice yearly. The British Citizen Award is widely viewed as the nation’s way of recognising extraordinary, everyday people for exceptional endeavor and are truly representative of today’s multicultural Britain.