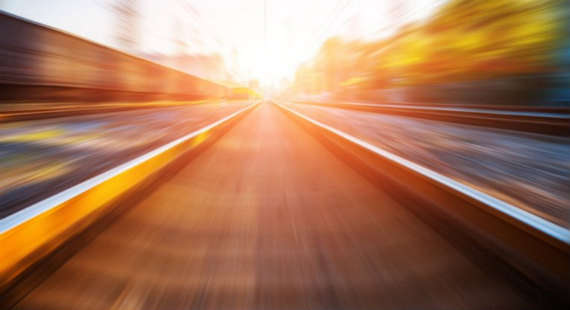 Cheshire East Council has welcomed the commitment to extend HS2 from Crewe to Manchester following the publication of the government’s Integrated Rail Plan.

The long-awaited report outlines the government’s intention to progress the western leg of HS2 Phase 2b (Crewe to Manchester) and its support for our shared vision for a Crewe hub station that can accommodate between five to seven HS2 trains per hour.

This reaffirms Crewe as a strategically important location and gives Cheshire East Council further confidence to push ahead with refreshing its plans for central Crewe – from the area around the station to the town centre – and supports the ongoing regeneration plans and aspirations for the wider borough.

The plan also sets out government’s intentions for rail investment across the north and key decisions on the eastern leg of HS2 Phase 2b and Northern Powerhouse Rail.

Councillor Craig Browne, deputy leader of Cheshire East Council and chair of its highways and transport committee, said: “We are pleased that the government has published its Integrated Rail Plan and welcome the commitment to the western leg of HS2.

“However, the impacts on the north regarding the decisions on the eastern leg of HS2 Phase 2b and Northern Powerhouse Rail are still to be fully understood, and we seek further detail on its revised plans and timescales.”

Cllr Browne added: “The Integrated Rail Plan will help to cement our own plans linked to HS2, including a Crewe hub station.

“We will continue to press government to formally commit to our full vision for the Crewe hub and Crewe Northern Connection.

“While we remain confident that high-speed rail will bring major economic benefits and opportunities, we will also continue to push government to offer the maximum levels of mitigation to those negatively affected by the HS2 scheme.”

The plan’s publication comes as the council awaits further news on the competition to find a national headquarters for a new public body Great British Railways, after it was announced by government last month.

Councillor Sam Corcoran, leader of Cheshire East Council, said: “Crewe is an excellent candidate for the national headquarters of Great British Railways, and the commitment to extend HS2 from Crewe to Manchester only strengthens that position.

“It has an undeniable rich rail heritage and all the right ingredients in place to make it the ideal location, not least its unrivalled connectivity, strong local supply chain, highly-skilled workers and ambitious plans that will only serve to further cement its strategic importance for generations to come.

“We look forward to hearing more about the competition and progressing our bid.”

In February, HS2 Phase 2a was granted Royal Assent – another key milestone in securing long-term HS2 benefits for Crewe in the build up to when the high-speed train services begin.

This year has also seen the successful reopening of the Market Hall and up to £14.1m of government funding allocated to the town from the Future High Streets Fund.

Crewe has also secured a ‘Town Deal’ and a separate allocation of funding from the government’s Towns Fund of up to £22.9m.

The funding will be used to deliver two separate packages of projects that will support the town’s ongoing regeneration and deliver lasting benefits to the health and wellbeing of its diverse communities.

Work is also ongoing on the Royal Arcade scheme and on a major package of active travel and road improvements in North West Crewe.

The arrival of HS2 services to the borough will also support the council’s ongoing regeneration plans for Macclesfield – the council recently celebrated the completion of a public realm enhancement scheme in Castle Street and is developing plans for other areas of the town centre.

Clare Hayward MBE DL, chair of Cheshire and Warrington Local Enterprise Partnership, said: “We welcome the greater certainty that the Integrated Rail Plan provides on the Crewe HS2 hub, its strategic location nationally, and the inclusion of the Crewe Northern Connection within the HS2 programme.

“We also welcome the confirmation of a new Northern Powerhouse Rail line and station, which will allow easy interchange with Warrington Bank Quay, connecting Warrington with Manchester Airport and Manchester, via HS2.

"We now want to work with government to ensure that all our communities and residents can benefit from these and other investments announced.

“Wider connectivity across a fully connected North will allow Cheshire and Warrington to achieve its full potential. We note that some of the major schemes for the North will not now go ahead, but that alternatives are being proposed.

“We will be taking time to properly consider the detail of the Plan, the implications of these alternatives and what they mean for our communities and businesses.”