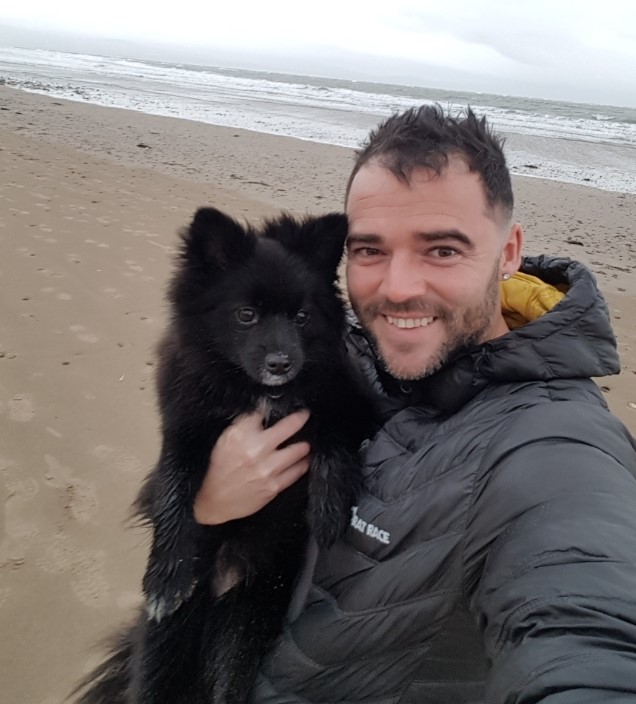 Never leave domestic appliances on when you go out.

That is the message from a 34-year-old man following a fire at his Congleton home.

Graham Cooper put his dishwasher on before leaving for work at around 7am on Thursday 24 September.

Around half-an-hour later a neighbour called him to say that smoke was coming out of his bedroom window.

Graham rushed home from work to find that the integrated dishwasher and the surrounding kitchen cabinets and worktop had sustained significant fire damage and that all of his belongings had been damaged by smoke.

But his dog, a three-year-old Pomeranian called Teddy, was fine and Graham is fully aware that the consequences of the fire could have been far worse.

The salesman said: “I was so lucky.

“I had left a bedroom window open and smoke escaped through it. That, and the fact that one of my smoke alarms was sounding, alerted a neighbour of the fire at an early stage.

“Had he not called firefighters so quickly I dread to think of what would have happened to my dog and my home.”

Teddy was by the front door when firefighters broke in.

The neighbour looked after him until Graham arrived, whilst the firefighters went upstairs and extinguished the dishwasher fire with a hose reel jet.

They also isolated the gas and electricity supplies to the apartment and cleared it of smoke using a large fan.

The firefighters moved the dishwasher to a safe place outside when the fire was out.

Graham said: “I loaded the dishwasher up the night before but I forgot to turn it on then.

“I realised the next morning and put it on as I was leaving for work.

“It never occurred to me that such a thing could result in a fire and my dog’s life and my home being put at risk.

“I’ll never leave a domestic appliance, or any other type of electrical device, on when I go out again and I hope that others also learn from what happened to me and take the same stance.”

The fire is believed to have been caused by a fault involving the dishwasher.

Nick Evans, Head of Prevention at Cheshire Fire and Rescue Service, said: “Dishwashers and washing machines are a fire risk because of their high wattage, friction and motors.

“They should never be left running overnight or while you are out.

“Thankfully, in this instance no-one was injured as a result of the fire and it did not cause extensive damage to the apartment.

“Fire spreads quickly and can put lives as well as properties and possessions at risk.

“In this instance, working smoke alarms were fitted inside the apartment, which is always encouraged, as is ensuring that they are tested regularly.

“The smoke alarms helped to ensure that firefighters were informed of the fire before it had chance to take hold.

“There should be at least one working smoke alarm on every floor of a home.

“We also advise people to carry out a fire safety assessment of their home, have escape plans in the event of a fire upstairs or downstairs and register domestic appliances to receive product safety warnings, safety updates and repair notifications about the appliances.”

For help and advice regarding smoke alarms and safety plans see https://www.cheshirefire.gov.uk/public-safety/home-safety.