Council teams and police in swoops to catch rogue traders 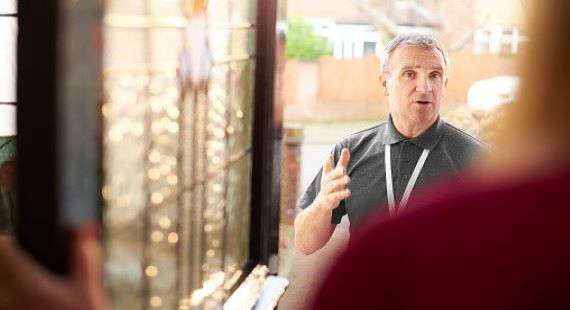 Cheshire East was among 20 North West local authority trading standards teams who swooped on the same day as part of ‘Operation Rogue Trader’ on 7 October.

They were responding to concerns expressed by residents about ‘cold calling’, high-pressure sales techniques and even intimidation to secure work, which often turned out to be sub-standard.

The teams spoke with builders, paving contractors, gardeners, painters and decorators and roofers to ensure they were complying with relevant legislation and to check that householders were happy with their work. Fly-tipping issues were also investigated.

The officers visited 21 households across the borough, speaking with traders and homeowners, providing advice and support. Two potential offences were detected. These ranged from inadequate information on business documents to fraud. Further investigations are being carried out.

Councillor Mick Warren, chair of Cheshire East Council’s environment and communities committee, said: “This is an excellent example of partnership working between this council, Trading Standards North West and Cheshire police in the ongoing fight against rogue traders, whose criminal behaviour and fraudulent practices can cause misery to others.

“They often exploit the vulnerable, purely for profit, and their cynical trading practices will not be tolerated in Cheshire East. We want our residents to feel safe in their homes and not to be intimidated into agreeing to work they may not need or to be faced with a huge bill for a sub-standard job.”

Anyone who suspects a trader who has cold called them or delivered work they are unhappy with, should contact Citizens Advice on 0808 2231133 or use: