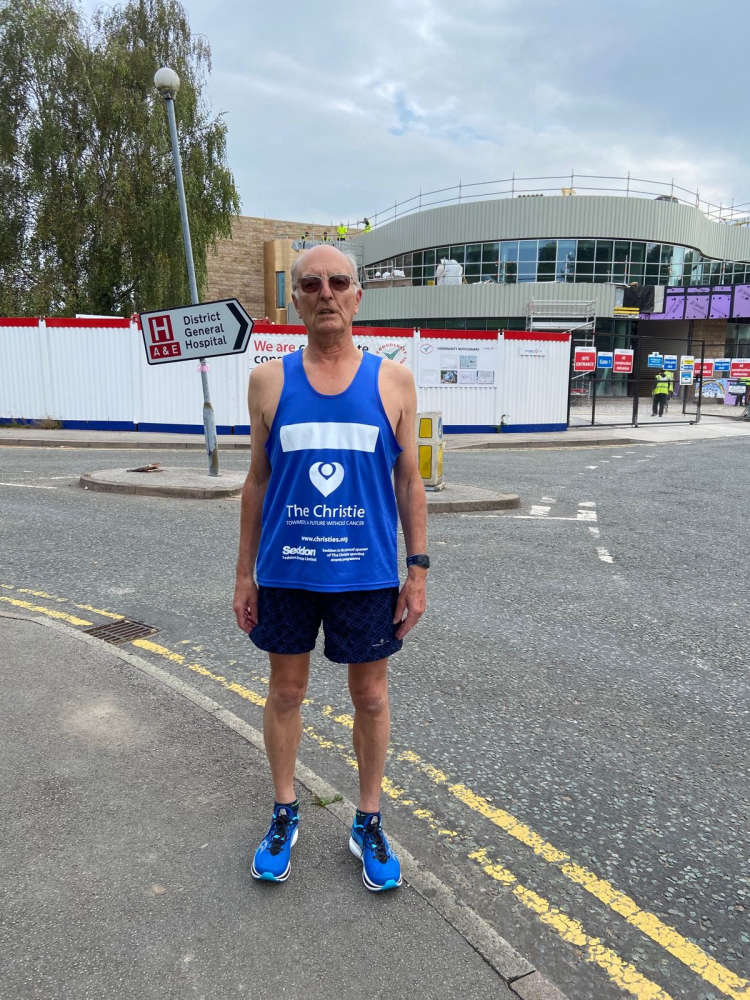 An 83-year-old great-grandad from Macclesfield is running two marathons in just one week to raise funds for The Christie at Macclesfield.

Harry Newton will run the London Marathon on Sunday 3 October and take part in the Manchester Marathon the following week.

Having been treated by The Christie for lymphoma in 2008 and surviving he is keen to inspire other people to support The Christie Macclesfield which will open in December 2021.

The £26m Christie at Macclesfield will transform cancer care in Cheshire, the High Peak area of Derbyshire and parts of North Staffordshire, providing care closer to home for more than 1,500 existing Christie patients a year.

It will bring together essential cancer services into one purpose-built centre delivering local specialist access to radiotherapy, chemotherapy, holistic support and information services, outpatient care, palliative care and a wider range of clinical trials. Around 46,000 appointments per year will take place at the new centre.

Harry said: “The Christie charity is aiming to raise £23 million for the construction of a new centre in Macclesfield where Christie patients will be able to receive outstanding cancer care, closer to home.

“Running two marathons one week apart will be quite a challenge.”

Harry took up running almost thirty years ago and is a member of Macclesfield Harriers. He runs every other day – after a bowl of porridge.

Prior to retirement, he was a Macclesfield grocer with three shops and a postmaster.

He is married to Phyllis and has three children, nine grandchildren, and six great-grandchildren. As well as running, he performs in the Macclesfield Male Voice Choir.

Harry has a fundraising page at:

The Christie charity supports the work of The Christie NHS Foundation Trust providing enhanced services over and above what the NHS funds. This includes money for care and treatment, research, education and extra patient services. Gifts from the public make a huge difference to the care and treatment that The Christie is able to provide to patients and their families

For details of how you can support The Christie at Macclesfield fundraising appeal, go to:

Pictured - Harry outside the site of The Christie at Macclesfield.