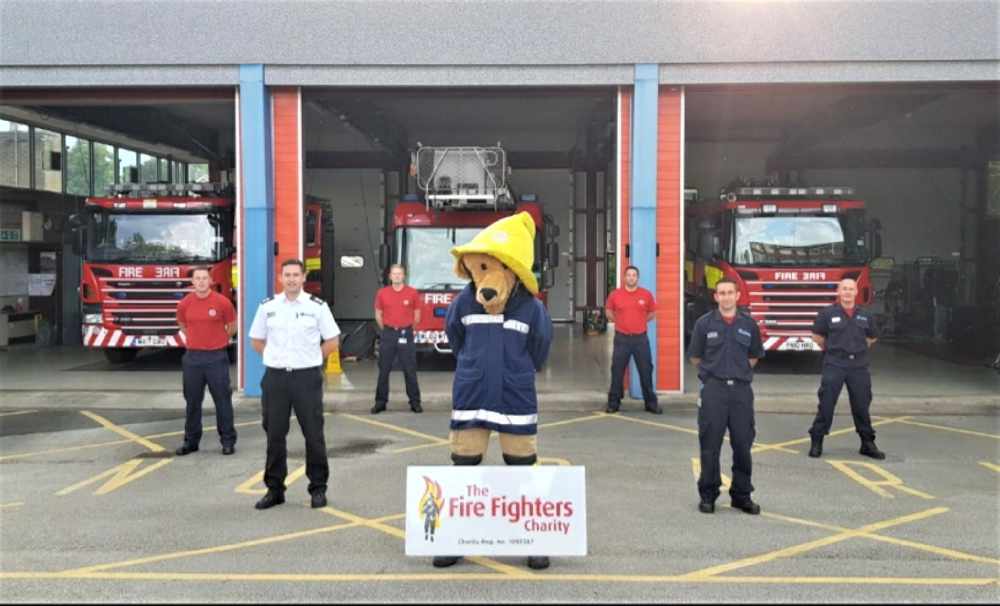 A group of firefighters from Macclesfield are set to climb the height of Mount Everest in order to raise cash for charity.

On Friday 3 July the team of determined on-call firefighters will embark on a 24-hour endurance walk up and down Shutlingsloe hill, covering the same height of the world’s highest mountain, Mount Everest.

All money raised will go to The Fire Fighters Charity, the UK’s leading provider of services that enhance the quality of life for serving and retired fire service personnel and their families.

Ian Moore, who is on-call Crew Manager at Macclesfield Fire Station, said: “We wanted to think of different ways of raising money for The Fire Fighters Charity especially during the pandemic as it has been particularly difficult for everyone.

“There is around six of a core team taking part with a couple of others who may join along the way and we’re hoping to complete around six laps of Shutlingsloe each.

“The idea is to start late on Friday and continue throughout the night so it’s not only going to be physically gruelling but mentally challenging as well but we all be supporting and cheering each other along the way.”

The initial fundraising target was £1,000 but the crew have now surpassed this target and are currently at £1,095.

Crew Manager Moore continued: “I’d like to say a huge thank you to everyone who has already donated and helped us surpass our £1,000 target, it really does mean a lot to us.

“Any amount, no matter how big or small, will help the charity maintain the superb service it provides for firefighters and retirees across the country.

“If you can’t spare any money, then please do share our fundraising page to spread the word.”

Since starting 75 years ago, The Fire Fighters Charity provide a vital service in providing respite, recuperation and rehabilitation for sick and injured firefighters and their families.

Stuart Plaskett, who is the charity’s co-ordinator for Cheshire Fire and Rescue Service, added: “I would like to wish the on-call firefighters at Macclesfield good luck for their mammoth challenge.

“I’d also like to say a huge well done to the team for surpassing their fundraising goal of £1,000 and a grateful thanks to the wonderful members of the public who have pledged their support by donating to this fantastic charity.

“This is just one of the many fundraising events the service has embarked on this year, helping to raise money for The Fire Fighters Charity which has provided vital assistance to serving and retired firefighters for many years.”

Pictured - The Macclesfield on-call firefighters who are taking part in the fundraiser.