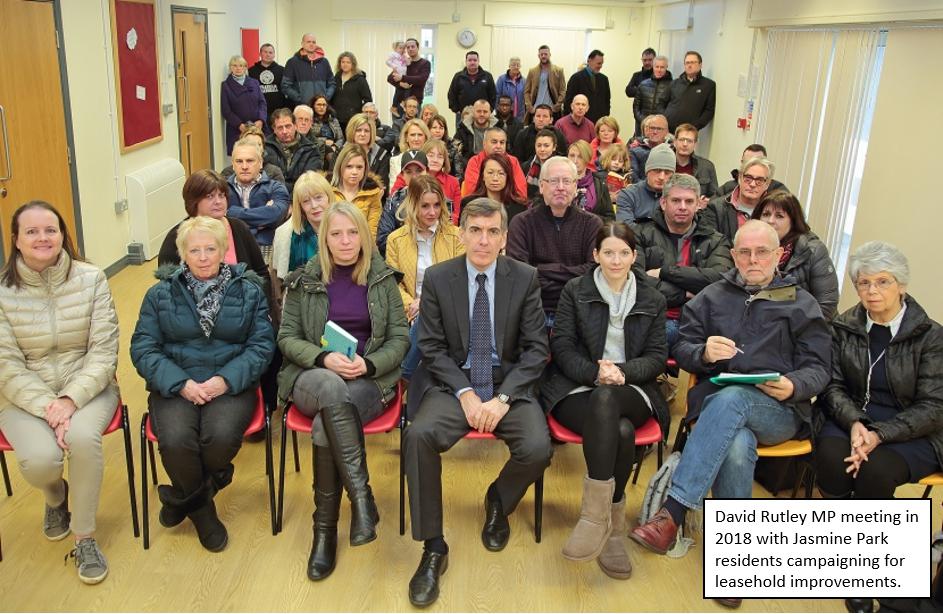 Having actively campaigned for fundamental reforms for local leaseholders over recent years, local MP, David Rutley, has warmly welcomed the Government’s recently announced plans to provide greater fairness, save money and establish clearer security for millions of leaseholders across the country.

David’s campaigning on leaseholders’ rights gained momentum when he joined local residents on the Jasmine Park estate in Broken Cross, Macclesfield to address their concerns about existing leasehold arrangements, including escalating ground rents and difficulties selling their properties. The local MP made strong representations with community campaigners on behalf of the leaseholders to the developers, Taylor Wimpey, to improve ground rent increases and to Government Ministers.

The latest plans will lead to the most comprehensive reforms to English property law for 40 years, making home ownership fairer and more secure. David was pleased to see that this will mean that millions of leaseholders will be given the right to extend their lease by a maximum term of 990 years at zero ground rent. Retirement properties will also be included in plans to restrict future ground rents to zero for future leases.

Under the current arrangements, freeholders can increase the amount of ground rent with little or no benefit seen by those faced with extra charges. They can also lead to increased costs when buying or selling the property. The planned reforms will also assist by making the process of enfranchisement (calculating the cost of extending a lease or buying the freehold) cheaper, simpler and more transparent.

There are further plans to establish a Commonhold Council to prepare homeowners and the wider market for the planned widespread take-up of commonhold – this is a model that is widely used around the world. Taken together the announced reforms could save leaseholders in and around Macclesfield thousands of pounds, depending on the remaining term of their lease.

Welcoming the recent announcement, David said, “For too long too many leaseholders have faced increasing ground rents and disproportionate costs to extend their leases. They deserve better and I am pleased that the planned reforms will provide leaseholders with greater certainty and security, and put an end to some of the poor practices faced by homeowners.”