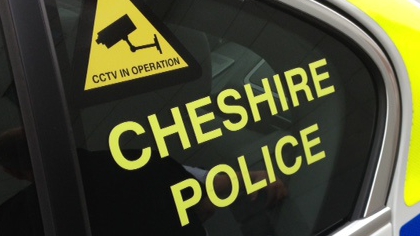 An operation focusing on drug dealers who flooded Macclesfield with crack cocaine and heroin was triggered by serious and volatile disputes between rival gangs.

On a daily basis and in full view of the local community the gangs, mostly from Manchester and Liverpool, would be seen brandishing weapons to threaten other drug dealers/users and to protect themselves.

Information coming in from the public included a firearm being discharged and the weapon being used to issue threats. There were also reports of gangs attacking each other with machetes and one gang member allegedly having their finger amputated.

Police also pursued a gang of youths in a car following reports of intimidation linked to drug dealing and recovered a large sword inside the vehicle.

On two occasions innocent members of the public were assaulted and their mobile phones deliberately damaged after they captured drugs being dealt openly in local parks.

Detective Inspector Adam Alexander, of Macclesfield Local Policing Unit, said: “These gangs were not only causing serious harm to each other but also to the local community and that was of great concern to us.

“For local residents, Macclesfield is their home, yet it was reaching the point where they were too scared to walk down their own street or visit the shop for fear of what violence or drug dealing they would encounter.

“It was clear this activity was only going to get worse unless we found a long-term solution to disrupt the gangs who were brazenly violent.”

That solution was a year-long operation by Cheshire Constabulary’s Serious and Organised Crime Unit to get to the root of the gangs in order to stop the violence and disrupt the drug dealing that was destroying the lives of those who lived in the community.

Today (Friday 18 October), almost 18 months since that operation began, the remaining drug dealers were locked up - seven gangs involving 21 men and two women are now behind bars for a total of 109 years. Further sentences will be given to Fabian Wilks, Chyna Jasper and Nathan Wright on 25 October.

The court heard that the most violent act by the gangs involved a young teenage boy who suffered horrific injuries to his face after he was slashed by a large knife in the Macclesfield area believed to have been fuelled by drugs supply. The investigation later discovered the boy was found to have been a victim of criminal exploitation by one of the gangs. There were also reports of young teenagers being used by the gangs as street dealers in Macclesfield.

As the investigation progressed it became clear that the leaders of the four gangs were all operating under a county lines drugs conspiracy by supplying class A drugs from the city of Manchester. They would use a phone line - known as a graft - to receive drug orders then recruit local street dealers to sell the heroin and crack cocaine to users in the small towns of Macclesfield and Congleton.

Codenamed Operation Vulcanise, close observation and the gangs’ use of mobile phones uncovered the extent of their activity. This included exploiting vulnerable adults who may have needed to pay off a drugs debt or were addicts themselves.

One gang was found to have exploited a vulnerable 30-year-old woman and coerced her into dealing drugs on their behalf.

The gangs would either befriend, manipulate or force their way into their homes with the intention of using it to store and sell drugs – a term known as cuckooing. People were seen making frequent visits to the properties, drivers and couriers would come and go and calls were made outside the address.

Street dealers would use alleyways, a cemetery and parks to supply users with heroin and crack cocaine - many of the deals took place during the day while children played and members of the public walked nearby.

Detective Chief Inspector Mike Evans, of Cheshire’s Serious and Organised Crime Unit, said: “In cases where there are pockets of gangs operating a busy drugs market in a small town, serious violence will take place predominantly behind the scenes – and most of it going unreported to police. These drug dealers had no connection to Macclesfield and would travel into the town on a daily basis purely to prey on local users.

“What came to light during the operation was the harm the gangs inflicted on vulnerable people and residents within this community, while also going to great lengths to exploit youngsters for their profit margins.

“The team worked incredibly hard for a long period of time to eradicate these drug gangs and their violence to make the local community a safer place and to protect vulnerable people who feel trapped in this world.