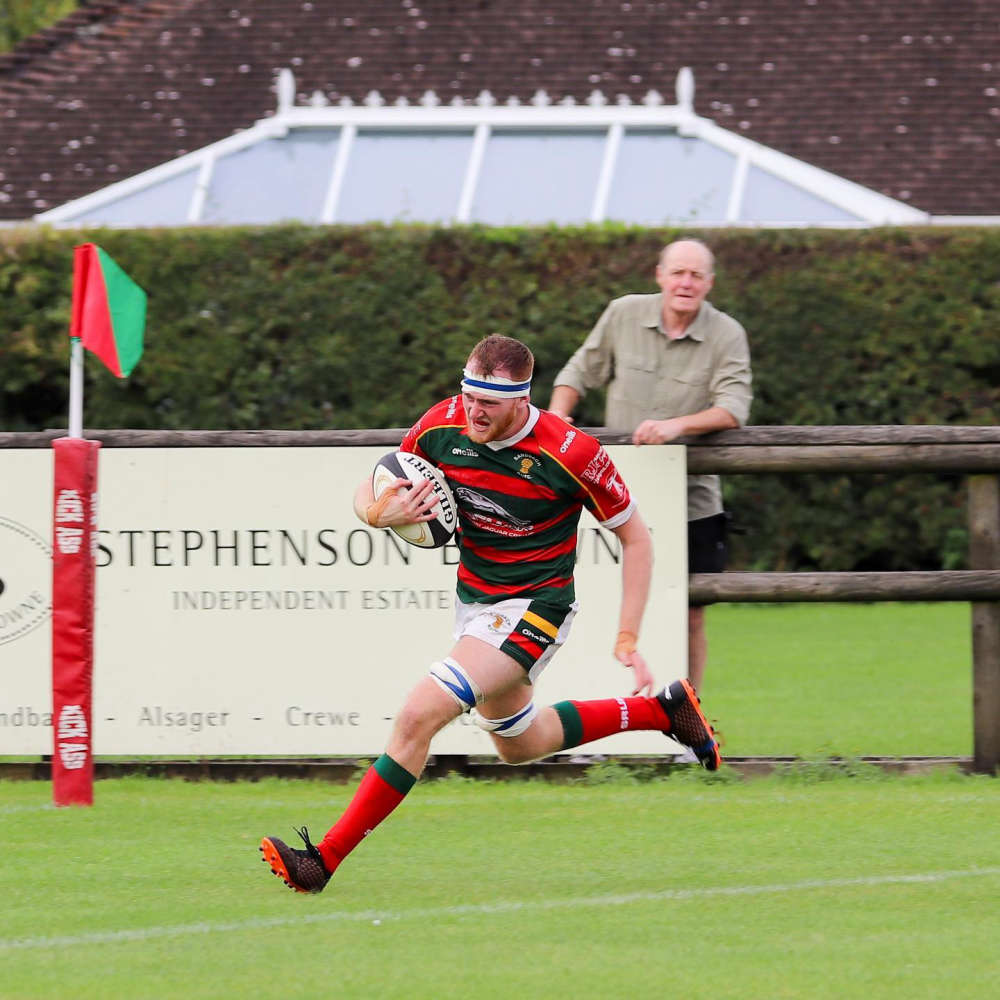 Sandbach enjoyed a winning return to rugby at Bradwall Road, despite a late fightback from Doncaster Phoenix, they took the honours in a bruising encounter.

It looked comfortable for the Bach for significant parts of the game, but as the visitors rallied, it made for a nervous last ten minutes. It wasn’t enough to rescue the game, but Donnie will no doubt rue missing out on two bonus points, as in the final play they messed up what looked a certain try, to ultimately come away with nothing. It was the home sides pack that laid the foundation for the victory, but a couple of injuries and a late yellow card, nearly proved critical, as Phoenix made a bold late attempt to rise from the ashes.

A couple of early penalties from Will Cargill got Sandbach off to a good start, as the home team completely dominated territory and possession. With the visitor’s pack under pressure in the scrummage, they were conceding penalties and referee Harvey Knight finally lost patience and yellow carded the Doncaster prop List. Sandbach immediately took advantage as scrum half Nick Allsop darted over, with Cargill adding the extras. Sandbach then lost Mark Bird to the sin bin for a high tackle, as the game went through a disjointed phase. The half ended with Sandbach 13 v 0, but the general feeling was that they really should have had more points on the board to reflect their dominance.

Sandbach continued to control the game after the interval and ten minutes in extended their lead as Allsop again darted over, following a series of phases. Cargill adding the simple conversion. Phoenix with a youthful back line always looked threatening if they could get some ball but Sandbach continued to hold sway, as they increased the lead with fifteen to go, as neat hands created the gap for Josh Brookes to burst clear. Cargill again adding the conversion.

From then on it rather started to go awry as Phoenix playing catch up rugby fought back. Sandbach lost prop Monty Weatherby with a shoulder injury and winger Jack Leech joined him soon after, as he also took a knock. Donnie scored a catch and drive try from hooker Moores, before Sandbach went down to fourteen men, as replacement scrum half Essenhigh was yellow carded for not releasing. Doncaster scored immediately through Beardshaw from the resulting penalty and the dropped kicked conversion took them to twelve points, with five to go. The momentum was with the visitors now, as they broke away again for Sam Bottomley to score soon after. It then looked like they had got the bonus point fourth try with the last play, as Hopkinson went over the try line, but in his efforts to make the conversion easier by running under the posts, this allowed Cargill the chance to target the ball, as he agonisingly knocked it out off his hands to complete the game.

Despite the late drama this was a solid performance and Sandbach will be pleased with the majority of the game. With a little more patience, they could have put the game to bed, but fair play to Doncaster, they stayed in the fight and very nearly got the rewards for their efforts. Monty Weatherby was voted as the man of the match for Sandbach, and they will be hoping the injury is not too serious as they travel to the West Midlands next Saturday to Dudley Kingswinford. They too have won their two opening games, so another tough game is expected.

Pictured - Josh Brookes Runs in for the 3rd Try.