RSPCA launch rescue missions to save animals stuck in floods 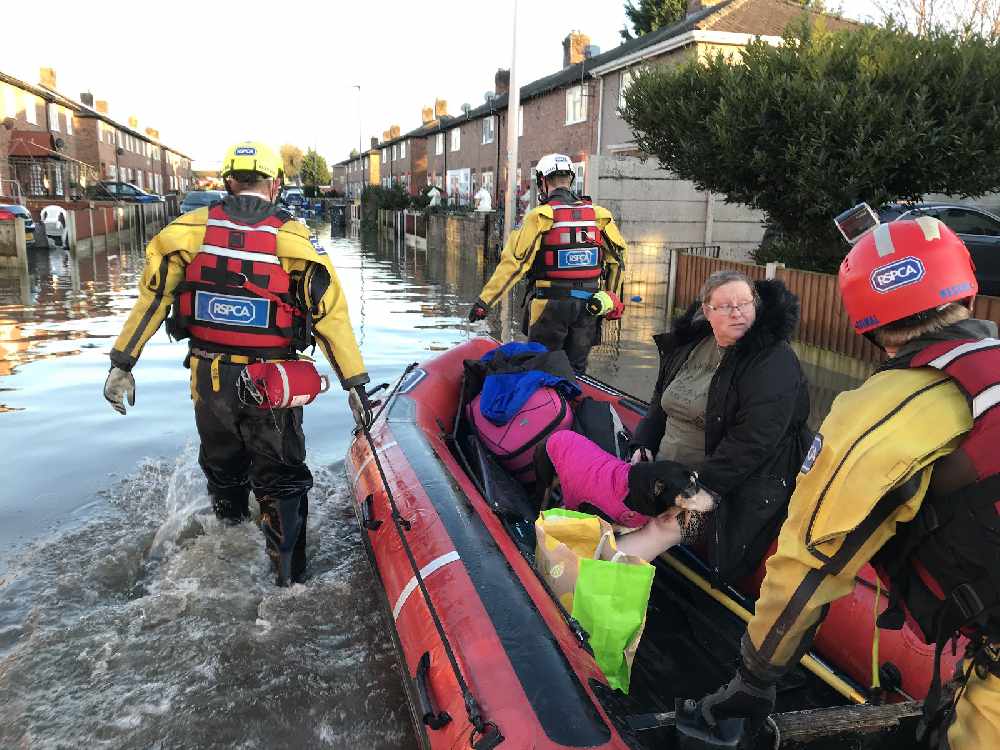 RSPCA rescuers have been called in to rescue animals and people caught up in the floods after Storm Christoph battered England and Wales.

The animal welfare charity’s water rescue teams have been busy across the country rescuing animals, assessing incidents, giving advice and responding to calls. The charity had nine flood calls on Wednesday (20 January) and 34 calls on Thursday (21 January).

On Thursday, officers launched the boat and waded through floodwater to reach Clare, in Warrington, Cheshire, her 14-year-old dog, Pepper, and her three cats - Bandit, Smokey and Socks - and move them to safety (pictured above).

They then went to another property in Warrington where Inspector Anthony Joynes had to climb through a window to reach an elderly Akita, called Caesar, (pictured) who was stuck in a flooded home. His owners had requested help to retrieve him after they were forced to evacuate their house and were later reunited with him in a heartwarming moment (video available).

In Wales, officers went to a flooded farm in Bangor on Thursday morning after the owners called in asking for help with their animals. Rescuers - who had to wade out to the farm across the fields due to the roads being blocked - removed a dozen ducks and a dozen chickens from flooded pens, boxed them up and transported them to meet friends of the owners who were moving them to safety. The farmers also arranged for friends to help move 12 huskies whose kennels had all been flooded.

Officers also visited a field in Mold to assess two donkeys - Bembe and Simba - who were stranded on a small island surrounded by floodwater. It was deemed safer to leave the donkeys in situ and monitor them until the water was lower and they could be safely moved, but in the meantime officers have been transporting feed and hay out to them.

RSPCA inspector and water rescue coordinator Jason Finch said: “We’ve been busy responding to emergency calls today and have been sending officers out to assess incidents all over the country, from Devon to Surrey, Gloucestershire to Manchester, Cheshire to Gwynedd. We’ve also been called about all sorts of animals including horses, cattle, chickens and dogs. 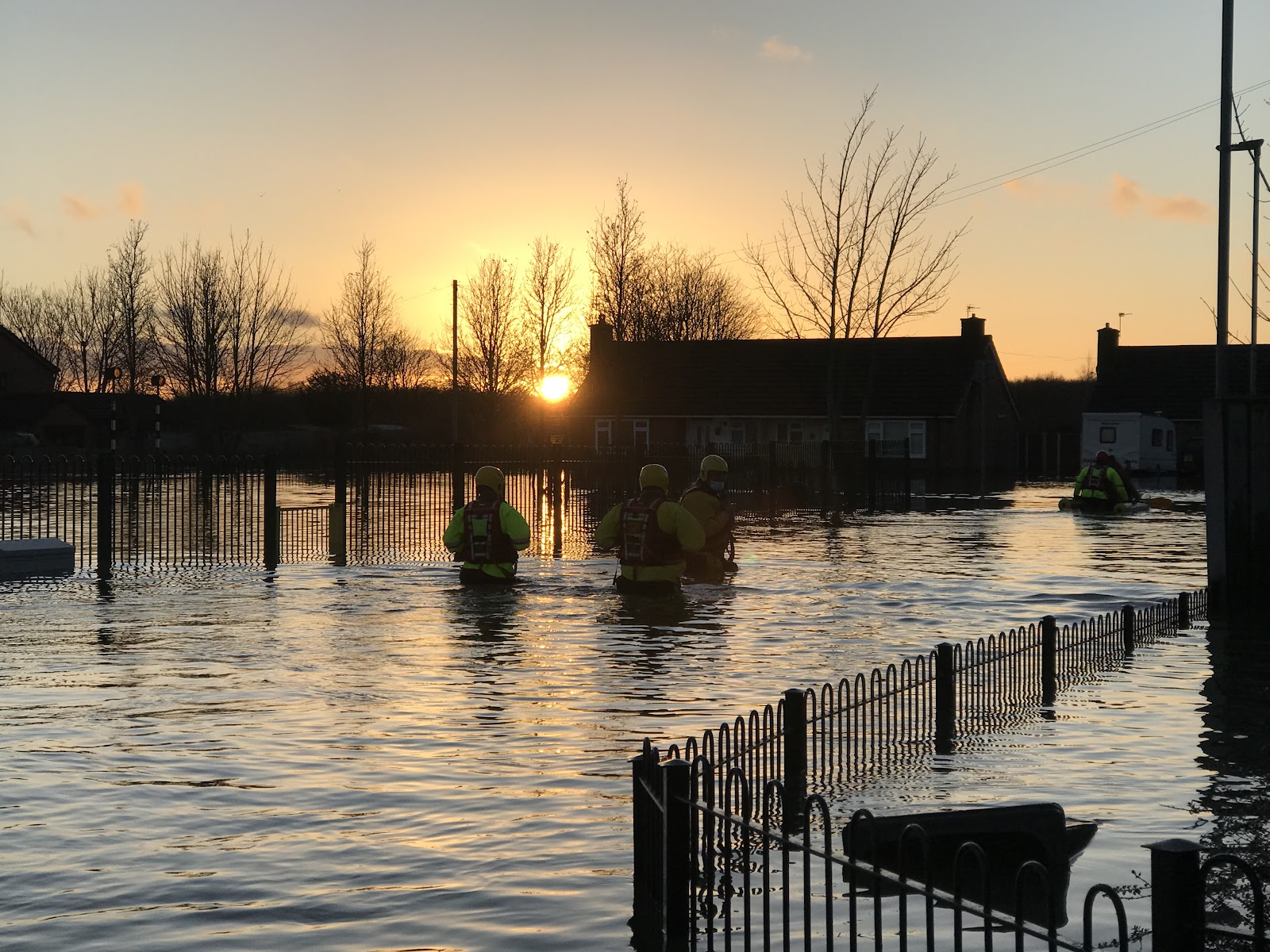 “We send a local officer to assess the scene and determine whether the animals are at immediate risk and, thankfully, they’re often able to offer advice to owners or work with members of the public to trace owners who can move their animals to higher ground. In other situations we may ask local people to monitor the situation and contact us if the water rises, or we may launch the boat or wade out to check on the animals and provide food.

“Conducting a rescue in water is the last resort - especially with horses and livestock - as these can be extremely dangerous, for the animals and for our teams. The most dangerous thing to do is move animals through flood water as they can panic, injure themselves or fall into fast-flowing water. However, in some circumstances, we have to launch rescue missions if animals’ lives are at risk.”

One team was called to a flooded yard in Manchester but arrived to find that owners had removed 16 horses who’d been trapped - some neck-high in water - after the river burst its banks.

In Warrington, water rescue teams spent the evening with the fire and rescue service knocking on doors in flooded areas and offering assistance.

Jason added: “Our teams aren’t just there to rescue animals, they’re also trained to assist other agencies and to help rescue people when necessary.

“We’re part of Defra’s National Flood Response Team and have around 35 inflatable boats and 65 specialist officers who have been trained and equipped to deal with flood-stricken animals and help during major incidents.”

The RSPCA’s flood response team was put on standby on Tuesday (19 January) as the charity moved to a flood state level of 0. On Wednesday night (20 January), the flood state level was raised up to level 1 for the North and Wales, with coordinators upgrading the North, Leicestershire and Northamptonshire up to the highest level - level 2 - on Thursday morning (21 January) following heavy rainfall overnight.

To see all our flood advice for small pets, horses and livestock, see our guide here: www.rspca.org.uk/adviceandwelfare/seasonal/floods. To contact the RSPCA in an emergency, please call 0300 1234 999.

To help support the RSPCA so it can continue to respond to emergencies such as animals stuck in floodwater, please donate by visiting www.rspca.org.uk/give.