Tributes to His Royal Highness Prince Philip, the Duke of Edinburgh 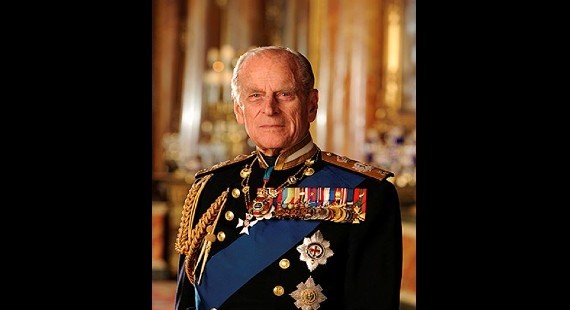 It is with profound sadness that Cheshire East Council learns of the death of His Royal Highness the Duke of Edinburgh, at the age of 99.

Our condolences are extended to Her Majesty and all members of the Royal Family and the Royal Household.

Prince Philip has been much admired for his loyalty and devotion to the Queen and the Crown and has been the longest-serving British consort to the monarch.

He stamped his own mark on the nation and society through a range of award schemes, notably the Duke of Edinburgh Award for young people, which he founded in 1956. He was also passionate about business and industry, entrepreneurship, the environment and conservation.

The leader of Cheshire East Council, Councillor Sam Corcoran, said: “The death of the Duke of Edinburgh is an enormous loss not only to the Queen and the whole of the Royal Family but to the country and Commonwealth.

“Throughout her reign, the Queen – who has served this country for longer than any previous monarch – has been accompanied and supported by Prince Philip, her husband to whom she had been married for more than 70 years.

“Today, I have sent a message of condolence to Buckingham Palace on behalf of this council and the residents of Cheshire East. Flags on all council buildings will be flown at half mast and I would urge all businesses with a Union Flag to do the same.

“A minute’s silence will be observed at the council’s cabinet meeting on Tuesday 13 April.”

Councillor Craig Browne, deputy leader, said: “The Duke of Edinburgh was a tremendous support to the Queen and our thoughts go out to Her Majesty and all members of the Royal Family at this sad time. Before retiring from public life, he was not only a visible presence alongside the Queen but made a significant and valued contribution to British life through his support for business and enterprise, as well as his highly successful Duke of Edinburgh Award Scheme.

“I wish to echo the words of the council leader that his passing is an enormous loss to the country and to the monarchy. We should remember that he continued working well into his 90s, such was his dedication to his role as husband and consort.”

Councillor Barry Burkhill, Mayor of Cheshire East, added: “On behalf of the residents of Cheshire East, I will be sending my personal condolences to Her Majesty the Queen, the Royal Family and Royal Household on the death of the Duke of Edinburgh. He was a truly remarkable man who not only lent unstinting support to the Queen for more than 70 years but who also played a significant part in the life of this country.

“He supported the work of our business leaders and entrepreneurs and our young people through his Duke of Edinburgh Award Scheme. He served as a naval officer during the war and had the respect and admiration of our armed forces and military veterans. He played sport and believed passionately in conservation.”