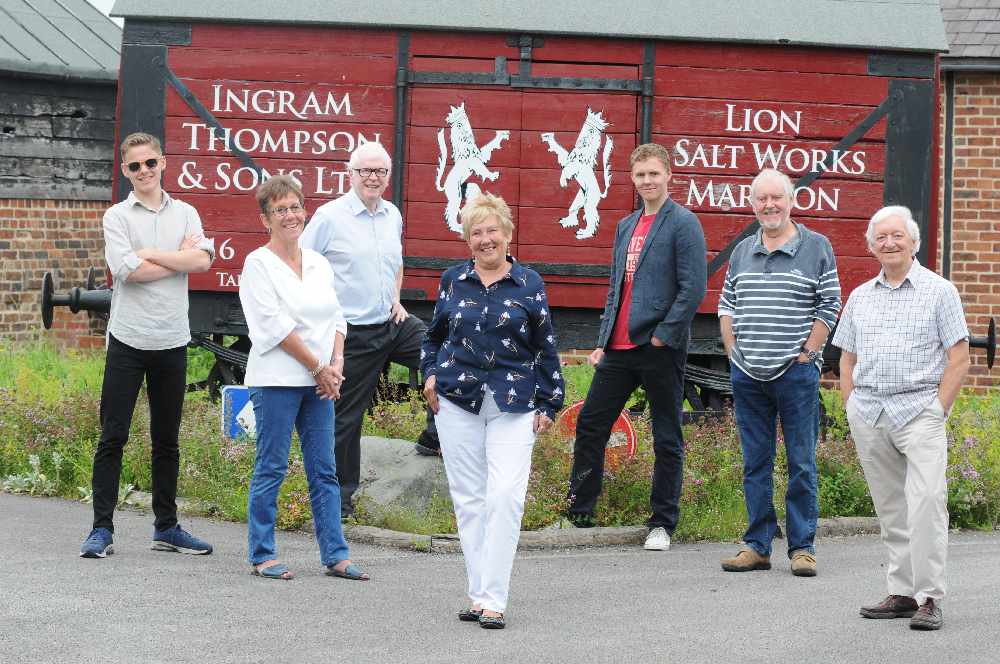 Museums + Heritage, one of the country’s most prestigious heritage organisations, has announced that university students, Julian and Harry Young, 20, who live in Chester, are on the shortlist for its ‘Volunteers of the Year’ Award.

They were nominated by the Lion Salt Works Museum Trust in Northwich for their help in redesigning the Trust’s website and its ‘Mundling Stick’ newsletter as well as film-editing and on-site volunteering.

Nick Hunt, Trustee, Lion Salt Works Museum Trust, said: “Updating the Trust’s website had been on the ‘to do’ list for some time. What held the Trustees back was finding the time and more importantly the technical ability to make the change. We knew the twins from earlier volunteering and were delighted when they agreed to help us.

“The project took some time. Julian revised the whole website site, putting in new pictures and pages as well as a Twitter account; Harry re-designed the Mundling Stick newsletter, creating three separate newsletters – two for online and one as a paper version. Thanks to their enthusiastic attitude, during 2020, three different films were produced and the results were impressive. These projects simply would not have been possible without their help.”

Councillor Louise Gittins, Leader of Cheshire West and Chester Council said: “We are enormously grateful to Julian and Harry Young for their help with the Lion Salt Works Trust, especially as they are now Friends of the Trust and helping with a New Member recruitment drive to support the Trust's innovative Five-Year Plan. Julian and Harry Young would be worthy winners of this prestigious award as their 'can do' attitude was a light point in a dark and difficult year."

Julian Young said: “During lockdown, Harry and I were forced to return from university, and we were really ‘kicking our heels’. We had enjoyed volunteered at the Museum for our Duke of Edinburgh awards and were pleased to be able to use our technical skills to help the Trust. It was fun teaching myself new computer skills like film editing and web design, but it wasn’t a one-way street - during the lockdown this volunteering gave us both another focus that made us feel good.”

The Lion Salt Works Trust actively supports the Museum by demonstrating open-pan, salt-boiling during the summer, doing regular talks and applying for grants. The Trust’s ambitious five-year plan has salt-making on site as its top priority but also includes further restoration work on the salt wagon; creating a sensory picnic garden and creating a wildflower meadow around the wagon. The Trust has published several monographs on the Works and traditional salt-making and would like to promote this activity, getting the Lion Salt Works known as a centre of expertise on the subject. The Trust is already a longstanding and enthusiastic member of the European Route of Industrial Heritage, a network of the most important industrial heritage sites in Europe.

The Lion Salt Work Museum is a multi award-winning Museum that tells the story of salt through fun, interactive displays including a ‘sound and light’ show, a ‘subsiding house’ and automaton.