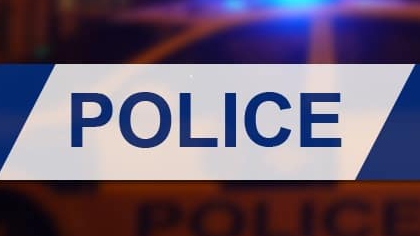 Detectives are investigating an armed robbery at a newsagents in Macclesfield.

At 9.10pm on Sunday 24 March two men parked a car at a bus stop at Hurdsfield Green on Brocklehurst Avenue and entered the shop.

One of the men, brandishing a large knife, jumped over the counter and asked staff to open the till. He then removed bank notes and put them in a carrier bag.

The other robber stood near a customer while the man with the knife asked to be taken to the safe. He then stole more money before both offenders ran out of the door towards their vehicle and drove away.

The man with the knife is described as white, around 6ft in height and of an average build. He was wearing a black hooded top with a grey top underneath, black balaclava, blue jeans and black trainers. He was also carrying a brown Aldi ‘bag for life’.

The second man is described as white, very pale with bright blue eyes, was of a heavy build and around 5ft 11 in height. He was wearing a balaclava, black jacket, black tracksuit bottoms, black trainers and gloves. He was carrying a Tesco plastic bag with red handles.

PC Paula Smallman, of Macclesfield CID, said: “While we follow a number of lines of enquiry I am keen to hear from anyone who may have seen a vehicle parked at the bus stop or may have seen two men matching this description shortly before or after the robbery took place.

“We will have officers in the area to provide reassurance and I would encourage anyone who has any information to come forward and speak to us. Any information you have – no matter how small could help our investigation.”