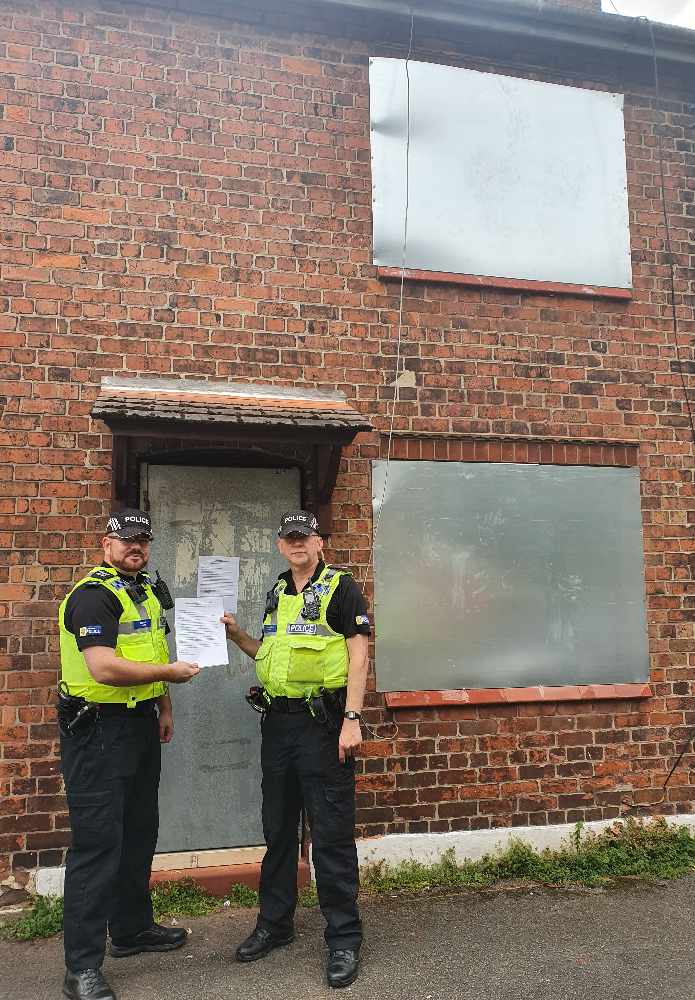 A Northwich property, which was plagued with anti-social behaviour and drug activity, has been closed down thanks to the work of local officers.

On Thursday 10 September officers from Northwich Local Policing Unit (LPU) were granted a closure order for a property on Priory Street at Chester Magistrates Court.

The order, which was granted under the Anti-social Behaviour, Crime and Policing Act 2014, was applied for after officers gathered a catalogue of evidence in relation to anti-social behaviour and drug related activity at the property.

All its windows and doors have been boarded up and will remain so for three months. Anyone who enters the address during that time is committing an offence and can be arrested.

“A lot of the behaviour was linked to evidence of drug usage at or within the premises and included fighting and disturbances in the street.

“I hope that this closure order will give the local community a welcome relief and allow them to get on with their lives without having to face the anxiety that this property caused.

Northwich North Beat Sergeant Andy Cooper said: “Any report of anti-social behaviour is reviewed by the Beat Team, and where the evidence is available, we will take action and work with partner agencies and the people involved.

“In this case, police have been involved in this case over many months but sadly tackling anti-social behaviour is not a quick, easy fix; it takes time, effort and above all co-operation and engagement from the community.

“I personally would like to thank the community in this case who have been brave enough to speak out about the behaviour at the premises and provide the police with the necessary evidence in order to support the application for a closure.

“This closure serves as a reminder to people that while your home may well be your castle, your castle is not allowed to be used for behaviour that causes misery to others.

“We will act and we will apply for closures such as this. We now hope that a suitable tenant is put in place in the future before the property is returned by the court to the landlord.”

Police and Crime Commissioner for Cheshire, David Keane said: “This is an excellent result for Northwich and I would like to praise officers for their work in getting this order to the courts.

“This closure order is a great example of how officers are working with the concerns of the community to ensure a positive response.

“I hope that this result provides reassurance to the local community and shows that officers will do all they can to make Cheshire a safer place to live, work and visit.”

Local residents are encouraged to report any concerns to Cheshire Constabulary on 101 or Crimestoppers anonymously on 0800 555 111.