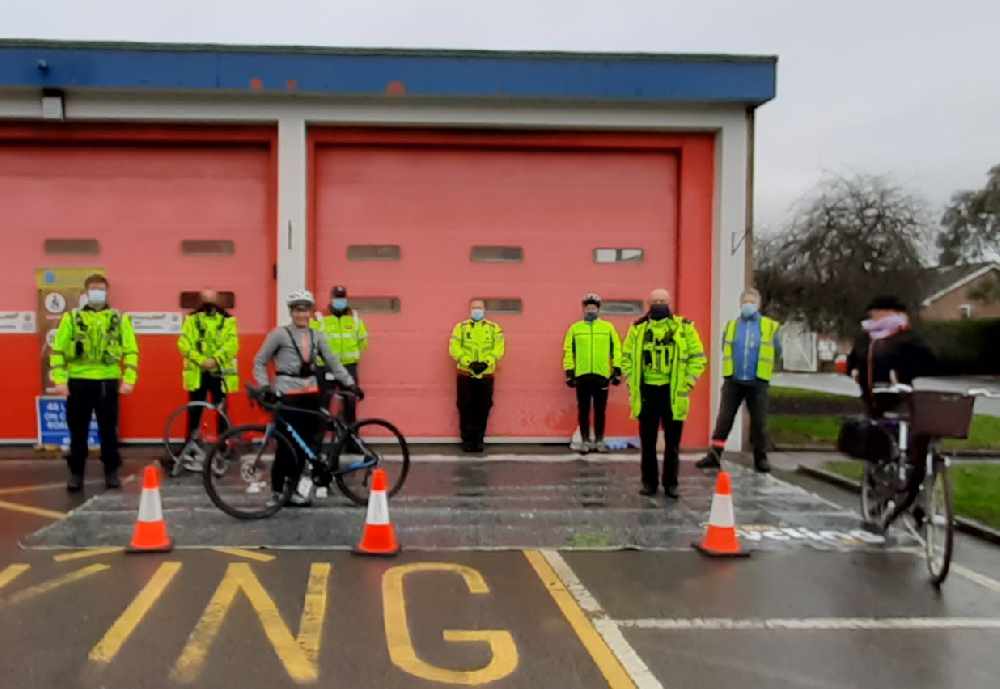 A scheme to protect the lives of cyclists from dangerous drivers has been awarded a cash boost by the police and crime commissioner for Cheshire David Keane.

Macclesfield Wheelers is a long-established local club which aims to encourage all types of cycling. But in recent months, a number of its members said they have had their lives put at risk by unsafe driving in the town and surrounding areas.

Working with the area’s local police team, the group submitted a successful bid to David’s Community Police Fund, which re-invests the ill-gotten-gains of convicted criminals into community projects.

The money will help pay for cycle lights as well as cameras, which will enable cycle group leaders to record incidents of dangerous driving while they’re out on the road.

In his application, group member Richard Newstead, said: “Cycling in Macclesfield on our roads is seen by many people with bikes as a dangerous activity.

“Our project seeks to yield an improvement in safety on our roads.”

PCC David Keane said this was down to preventative measures from Cheshire Police and its partners, but added that more work still needs to be done as incidents involving cyclists have actually increased.

The funding comes following the implementation of a cyclist safety campaign by the Commissioner and Cheshire Constabulary. ‘Close Pass’ educates drivers on how to safely overtake cyclists and encourages cyclists to keep themselves safe.

He said: “Cycling has always been a popular pastime, but since the first lockdown started many people will have taken up cycling as a way to keep fit.

“Sadly, our roads are not always safe for cyclists and many are killed or injured in the UK every year. One death or injury is one too many. I want cyclists in Cheshire to feel safe on the roads and a big part of this is them having the right equipment to keep them safe.

“This scheme and the ‘close pass’ scheme will better enable cyclists in the Macclesfield area to stay safe while they’re out doing what they love.”