A man has been given a lifetime ban on keeping all animals after his pet kitten was found with three untreated fractures which left her struggling to walk.

Kalson Abbey (Date of birth 28/09/1972), of Devon Close, Macclesfield, pleaded guilty to one animal welfare charge when he appeared before Stockport Magistrates’ Court.

The hearing was told Abbey was in breach of a lifetime ban on keeping animals at the time of the offence, which was imposed in 2013 after he was convicted of another animal welfare offence

An investigation into the welfare of his kitten, called Missy, was launched when a concerned member of the public reported Abbey to the RSPCA after seeing his pet was struggling to walk.

Animal rescuer Inspector Jenny Bethel was sent to Abbey’s home address on January 2 and asked to see the four-month-old kitten, as she wanted to check if the pet was injured.

Inspector Bethel could see the kitten was struggling to walk and offered to take her to the vet but he refused.  She advised Abbey that he must take her to a vet as soon as possible and that she would be checking if he had.

But a few days later, on January 8, a neighbour found the injured kitten struggling outside Abbey’s property and took her to a nearby vet for treatment.

The vet was concerned about how the injuries to Missy were caused and called the RSPCA.

Inspector Andy Harris collected Missy from the vets and she was transferred to the RSPCAs Greater Manchester Animal Hospital for treatment where staff could see she was struggling to walk due to her injuries. 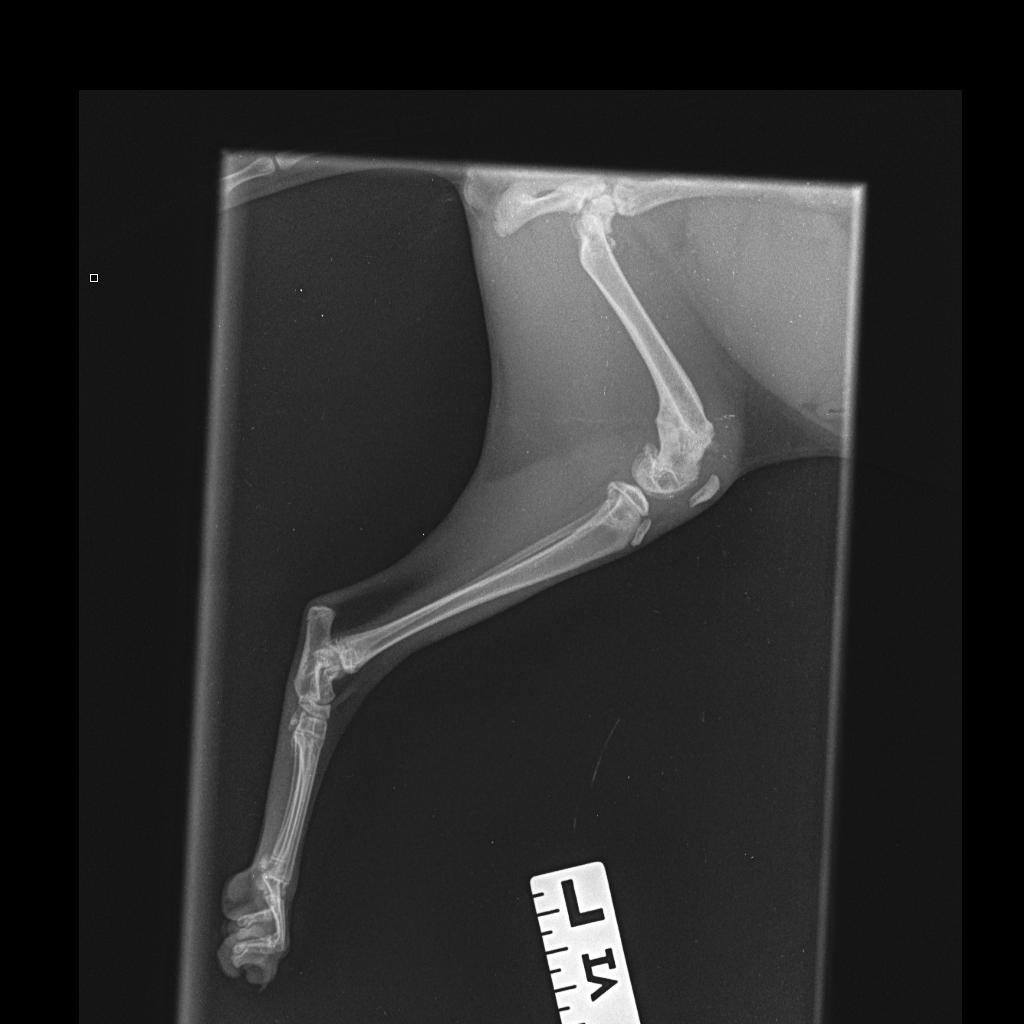 An X-ray revealed that Missy had a fractured left hip joint and two fractures of the left thigh bone. All showed various signs of bone remodelling.

A vet report stated the injuries were caused by ‘high energy blunt force trauma’ which would not have occurred in the home environment - and Abbey stated the kitten had not been outside his garden.

The vet added that injuries to the kitten were what he would expect to see in the case of a road traffic accident and said Missy would have suffered for at least 14 days as Abbey failed to get her veterinary treatment.

Missy was given pain relief but needed an urgent operation and the RSPCA returned to Abbey’s house to seek permission for this.

Andy said: “Missy’s leg was saved and she has adapted to her disability. I am pleased to say that last week she was rehomed by the RSPCA  Bury and Oldham district branch and is now enjoying life.”

During his interview Abbey said he thought the kitten, which he said he found as a stray, dragged her leg because she was in-bred.

He said he intended to take the cat to the vet following the RSPCA visit but that Missy went missing before he could.

Abbey also said he thought he had been banned from keeping animals for five years.

As well as the lifetime ban Abbey was also ordered to pay £500 costs, and £80 fine and £32 victim surcharge at the sentencing on November 5.

That between December 25, 2019 and January 8, 2020 at Devon Close, Macclesfield, Cheshire, you did cause unnecessary suffering to a certain protected animal, namely a tabby and white female domestic cat by name Missy, by failing to explore and adequately address the cause of her lameness, which you knew or ought reasonably to have known would have such an effect or be likely to do so, contrary to Section 4(1) of the Animal Welfare Act 2006.