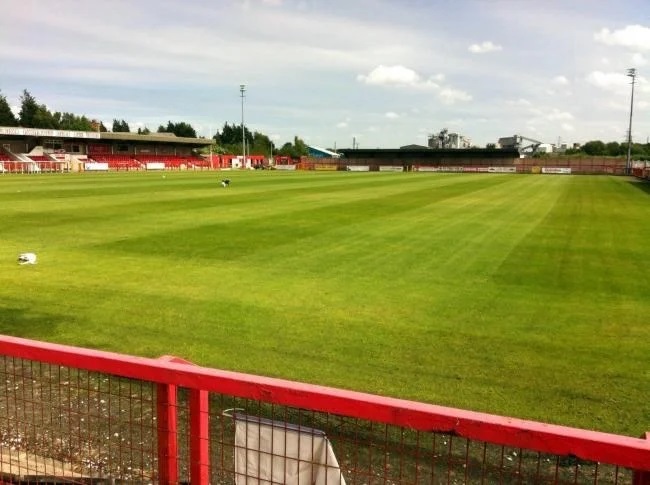 The Silkmen kicked off preparations for the 2020/21 campaign with victory over Witton Albion on a stormy evening at Wincham Park.

The new look Silkmen side started on the front foot with Jason Cowley striking just over our hosts’ crossbar inside the opening minutes.

This early pressure would pay dividends just past the ten-minute mark, with one of our trialist strikers lashing the ball into the net following a cutback from the right hand touchline.

Witton would hit back immediately, however, with Billy Smart finding Steven Tames who made no mistake with a looping header to beat our trialist goalkeeper and level the scores.

Macc proceeded to step up the intensity of play on the half-hour mark, with the trialist striker coming close to adding a second for the Silkmen; but his lobbed effort was scrambled off the line courtesy of some desperate Witton defending.

The scores would not remain level for much longer though, as Chay Tilt netted his first Silkmen goal to ensure we would head into the break with a narrow advantage.

A succession of changes ensued at the interval, with Danny Whitaker and Ben Stephens once again pulling on Silkmen shirts; whilst young left back Rocco Fregapane also came into the side.

Stephens would almost find himself on the scoresheet within ten minutes of the restart, but our trialist striker's cross just evaded him at the far post.

Witton would create another opportunity as they searched for a leveller, but Rob Hopley’s effort deflected over the Macc crossbar.

Fregapane then had an opportunity to make sure of the result as the game etched towards its finale, but he saw his fierce drive well saved by Renshaw in the Witton goal to round off an encouraging start for Tim Flowers as Silkmen Manager.