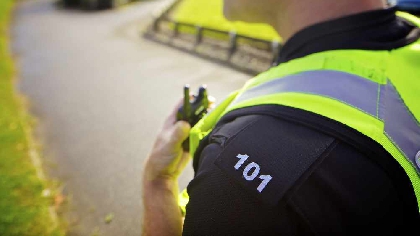 Police in Macclesfield are warning some parents that ‘we could be knocking on your door’ following a rise in anti-social behaviour in the town.

Over the past few weeks groups of up to 35 youths have been gathering at the underpass at Waters Green and other locations around the town and engaging in underage drinking, intimidating people, kicking council bins over, smashing glass bottles and assaulting people.

Many of these incidents are happening in the early hours of the morning, with the bulk of them occurring in the town centre.

Last weekend a police officer was racially abused and youths have also been targeted the town’s Christmas tree, trying to climb it.

Over the past two weekends dispersal orders have been put in place to support officers in dispersing groups of youths.

Despite the warnings of officers, two teenagers returned to the area under the influence of alcohol when a dispersal order was in place last weekend and were arrested and taken into custody.

Now that officers are wearing body warn cameras, they can revisit the footage they have of anti-social behaviour and others may face further action.

Rob Simpson, the Community Sergeant for the town centre, said: “This kind of behaviour has to stop and we are taking robust measures to force those involved to change their ways.

“But the parents of the youths involved also need to play their part in reducing this anti-social behaviour.

“I am sure they would be furious if they knew what their children were getting up to at night, and would be mortified to receive a visit from us.

“We don’t wish to criminalise young people, and we work hard to prevent this from happening. But some youths are leaving us with no option, and of course having a criminal record can have a negative impact on future employment opportunities.

“If there’s a possibility that your child may be involved in this anti-social behaviour I ask you to speak to them and make them realise that they could end up with a criminal record.

"I also ask you to speak to them about the demands that this type of activity is placing on us. It is taking resources away from other things that we should be dealing with.”