The RSPCA is investigating after a pair of mating swans were found injured and the eggs on their nest had disappeared - prompting fears they may have been attacked.

The animal welfare charity was first called out to rescue the injured male last month (May) (pictured right) at Astbury Mere nature reserve in Congleton after a member of the public saw the swan was struggling.

The water rescue team was sent to help capture the swan and he was taken to the charity’s Stapeley Grange Wildlife Centre, near Nantwich.

He was found with a fishing hook in his leg but on further examination an X-ray revealed he also had severe pelvic injuries and sadly had to be put to sleep to end his suffering.

Last week, on Wednesday, (June 24) RSPCA animal rescuer Steve Wickham returned to the scene following reports the female swan was struggling to walk. She was again taken to the wildlife centre (pictured below) where she is currently being treated for leg injuries. 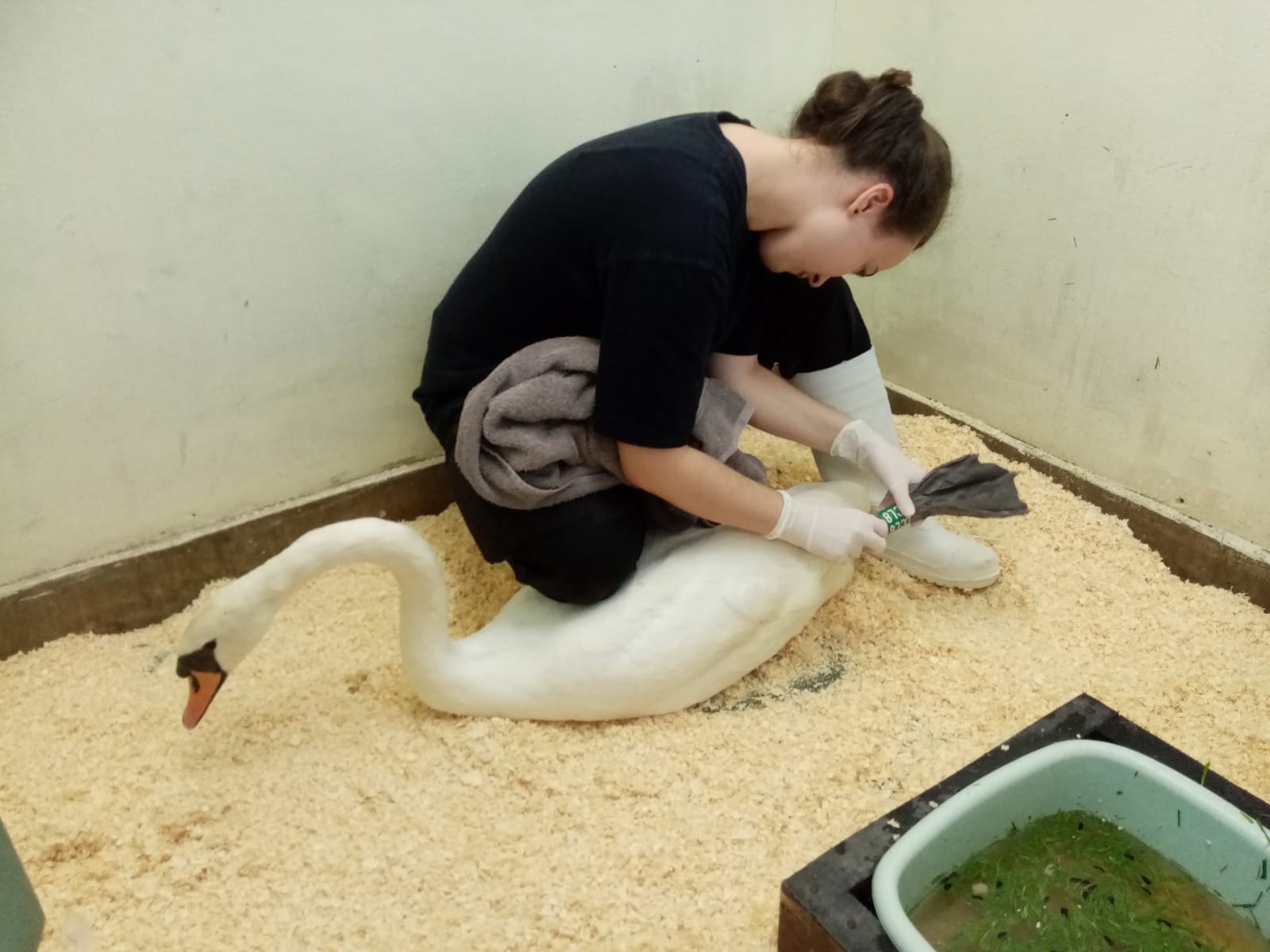 While at the scene a member of the public reported to Steve that the eggs on the pair’s nest had disappeared and was concerned that someone had deliberately taken or destroyed them.

Steve said: “At first we thought the male swan was injured due to the fishing hook caught on his leg as he was struggling to walk but an X-ray revealed he had serious pelvic injuries.

“Then got a call about the female struggling to walk so we returned to the scene last week and she is now getting treatment for a leg injury.

“While we were at the rescue we were told by a regular visitor to the area that the swans had eggs in a nest and then they suddenly disappeared. He was concerned that they have been deliberately taken and it does sound that this sadly could be the case.

“It also makes me wonder if someone has attacked this pair of swans before targeting the eggs.

“It is so sad to think the swans were about to have a family and now only the female remains. I am keen to trace anyone who may know anything about this distressing  incident to get in touch.”

Swans, their nests and their eggs are protected under the Wildlife and Countryside Act 1981.

To help the RSPCA keep helping animals like these swans, and to keep animal hospitals and centres running for emergency treatment, and round the clock care through these unprecedented times, please donate whatever you can spare at rspca.org.uk/covid