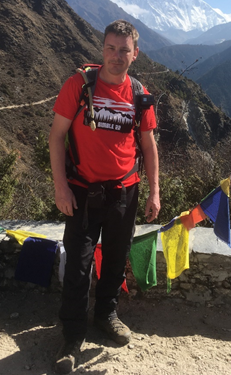 The new service, funded by the Armed Forces Covenant Trust Fund, only started in the lockdown period in April, and since then, contact has been made with over 90 veterans who have been previously supported by the charity.  As part of that initial contact, we asked the veterans if they would welcome a regular befriending call to break the monotony of lockdown. Many have since taken up that offer, and we now have a waiting list of veterans awaiting a befriender.

Veterans Keep in Touch, and its sister service ‘Keep in Touch’, sees volunteers calling an older person, usually once a week, for a chat about anything that takes their fancy.  Over time, both the volunteer and the person being called get to know each other much better, learning more about each other’s lives, their time in the military and often engaging in some good old military banter.

A great feature of the Veterans Befriending service is that most of the volunteers making the calls to veterans are veterans themselves.  One such volunteer is Mark Lomas, who served with the Cheshire Regiment. Mark says “I think this is a valuable service because people get the support and develop friendships which helps not only to combat loneliness but can also get veterans additional support if they require it.”

What is so wonderful about the new service, however, is not only do those older veterans being called each week benefit, but so do the volunteers.  “I get to build a rapport and a friendship with ex-military like myself who perhaps would not open up to others” said Mark. “It’s also nice to give something back to the older generation. Just one call a week could make a massive difference to their lives. They have told me they look forward to my calls and I wouldn’t be kidding in saying that I look forward to it too!”

The Charity is now looking to expand the service further to help support even more veterans, and is particularly interested to hear from anyone who may have served in HM Armed Forces who may have a half hour to spare each week to make a call. Hazel Salter, the scheme’s Co-ordinator added “We are so proud of our new befriending service which is making such a difference to older people’s lives at this difficult time.  We would love to hear from any veterans out there who have a little time to spare and would like to support this service.”

Anyone interested in volunteering on the service can call Hazel on 01625 612958.

More information about the Veterans Keep in Touch service can be found at https://www.ageuk.org.uk/cheshireeast/our-services/veterans-keep-in-touch/

For more information about any of our services, please contact Age UK Cheshire East on 01625 612958, go to www.ageukce.org

Pictured - Mark Lomas, one of the VKiT volunteers, alongside the logo of the Armed Forces Covenant Trust Fund, which funds this service.